Want to come on our next Zambezi expedition April 2009?

Our next big expedition will be the continuation of our last great water gifting effort on the lower Zambezi. (see www.orgoniseafrica.com/zambesi.html)

This time we will start with the gigantic water reservoir of the Cahora Bassa Dam in Tete Province, Mozambique, picking up the thread where we left it in 2007, namely at the confluence of the Kafue River, the border between Zambia and Mozambique. 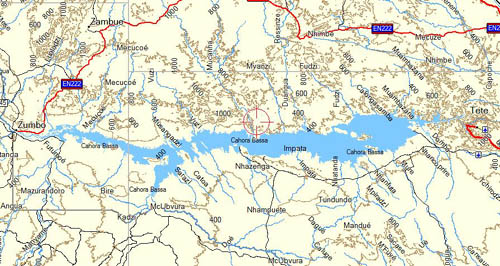 The lake is about 250 km long and only accessible from 2 points by road and the surrounding landscape is quite wild and remote. So, some adventure is guaranteed.

I picked some pictures from the internet as I have never been on this lake before: 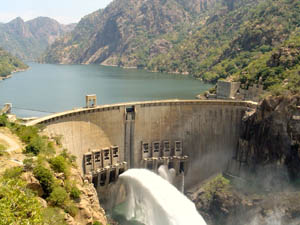 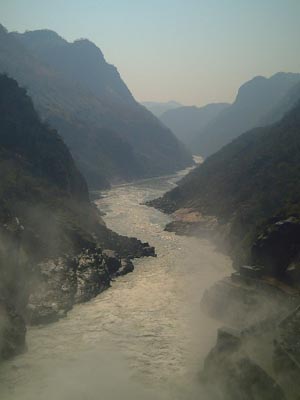 The Zambezi below Cahora Bassa 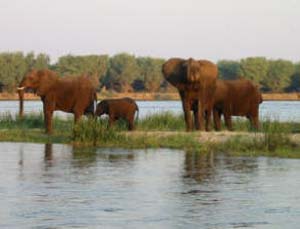 Elephants on the shores of Cahora Bassa 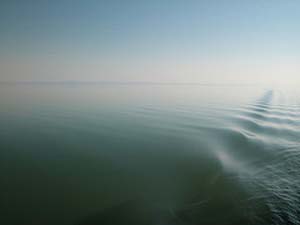 After the lake we will go down to the provincial capital, Tete and launch the boat upstream from there, to go as far back towards the Dam as possible. Eventually we will have to turn back as there are quite a few strong rapids about 80 km upstream from Tete.

Thereafter we will launch downstream, heading all the way down to the open sea.

Stops for petrol are wide and far between. 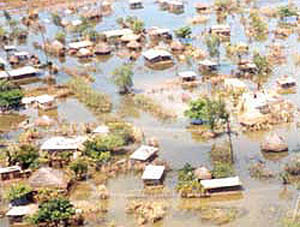 The lower lying lands downstream from Tete are where most of the flooding of the last few years has happened. We suspect HAARP involvement as one of the factors that may have contributed to these somewhat catastrophic floodings. They just fit too well into the illuminati scheme of global control. Massive UN and NATO involvement in the “relief” operations, plus the usual plethora of “do gooder” front organisations for the global control agenda are rife in the area.

It seems however that he massive orgone gifting that we did in 2007 on the Zambian part of the Zambezi has already done some good, because the last flooding earlier this year that was hyped as a big issue did not really  take off as planned. I categorically replace the word “predicted” with the word “planned” in order to make the orchestrated news “readable”, especially when it comes to issues dear to the NOW such as weather anomalies that they love to connect to the “Global Warming” scam, AIDS, water shortages, droughts and other darling long term projects of the “hidden hand”.

It really helps to do this as an experiment for learning discernment. Try it with an open mind, just check how certain news read differently and suddenly make sense.

When we left Dr. Chipangula in Malawi with 5 CBs and more than 1000 orgonite pieces, mostly TBs in 2006 which he diligently spread all over Malawi, another drought with dramatic food shortages had been “predicted” (read: in the making) for Malawi, which was completely stopped by the orgonite boost.

The Shire River, called Chire in Mozambique, actually connects Lake Malawi - which we gifted in July - with the Zambezi and we will travel upstream as far as the Mozambican Malawian border if time allows to connect these 2 water bodies with a string of orgone gifts.

The last stretch before reaching the Indian Ocean will go through the Zambezi Delta, traversing the Marromeu Game Reserve, a piece of nearly untouched Wilderness where African Buffalos are said to roam the ocean beaches. 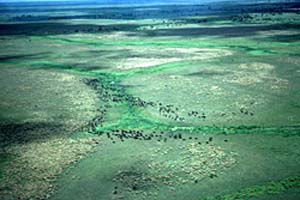 We will reach the Ocean at Chinde , a godforsaken town with no road access but a rich history. Chinde used to be a British possession in “Portuguese East Africa” (now Mozambique) from which the Brits were operating a small fleet of paddle steamers to transport sugar and cane from their plantations in Malawi to the Sea, using the Zambezi and Shire rivers as waterways. 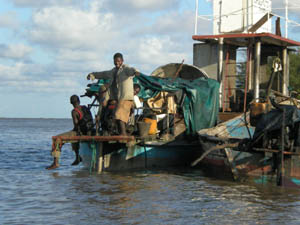 From there we will proceed (if weather allows) on the Indian Ocean to Beira, the second biggest town in Mozambique and a major harbour and if we still have stamina left we could proceed further to Vilankulos by sea. This would close the gap between our previous water gifting efforts by cruise ship that brought us up to Bazaruto island, off Vilankulos in 2005. That would indeed be a major feat, connecting the Zambezi water gifting project to the “Necklace around Southern Africa” project. (see http://www.orgoniseafrica.com/Allthatwater4.html and related reports)

As you can imagine this could well be the adventure of a lifetime, traversing some really remote parts of Africa by boat. The trip on the water alone is some 1150 km + about 4000 km by road. 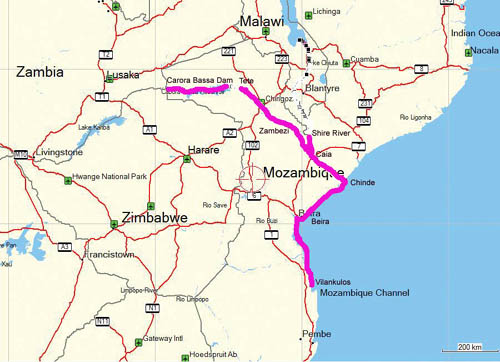 It has to happen in April, up to early May because that’s the ideal combination of high water levels but after the rainy season in Mozambique. We don’t want to have to pull the boat off sand banks too often with all those big crocs in the river, do we?

Ideal would be if you could free yourself for a period of 3 !/2 to 4 weeks for this trip. The cost contribution is negotiable if we travel with 4 people the fair shared cost per person would probably be in the region of 1200 Euro or 1500 USD + the ticket to get to Johannesburg from wherever you are. Don’t be too scared if you can’t afford that much, we can still talk.

Sometimes we receive generous sponsorships for big expeditions like this which would enable us to take it a bit easier with the cost sharing.

It also depends on our own situation by then, which is always hard to predict.

I am particularly keen to have someone who is fluent in Portuguese on board, the lingua Franca in Mozambique. In the remoter parts of Northern and central Mozambique the knowledge of English is not very common.

So, think about it and let me know if you’re interested. Contact me at georg@orgoniseafrica.com to get into more details.