Does orgonite really work? Some pics for sceptics

The following pictures were taken on our orgone gifing expedition to Malawi in July 2008. They show in the most exemplary way, how a few modest orgonite gifts transform the atmosphere in the space of just a few minutes, especially when it has previosly been affected by stron electromagnetic interference, HAARP-style.

For clarification: We refer to all electromagnetic interference with the weather and atmosphere as "HAARP" because for our purposes it's the same. Your ubiquitous "cell phone towers", your radar installations and many other types of transmitters put out stagnant negative energy, that we call DOR, (deadly orgone radiation) using the term that Dr. Wilhelm Reich coined in the 1940s when he started to investigate this phenomenon. Some of it may be coordinated weather manipulation, some of it just the negative byproduct of telecommunication. In both cases it creates drought, biodegradation and other forms of misery.

The full report is on www.orgoniseafrica.com/malawi.html

XL and I had passed through Tete in 2006 on our way home from Malawi. The energy there was then almost unbearably negative. Tete boasts 2 major secret underground bases, (which we already pierced with earth pipes then) a large above ground UN base and lots of other unpleasant things. It was a centre of Apartheid South African sponsored warfare against the Mozambican government by Renamo and the blackened ruins of a fortified Renamo base there (right next to the UN base of now) remind one of the ferocity with which these proxy wars were faught. Millions of Africans died in these wars that South Africa euphemistically called "border wars".

We had put out quite a bit of orgonite then, but did not find the access road to the  radar station above town. So that remained to be done and done it was this time with great effect.

In fact the following few pictures on their own should be enough to convince any sceptic of the thunderous success of orgonite against heavy duty weather warfare equipment.

Let's have a look: 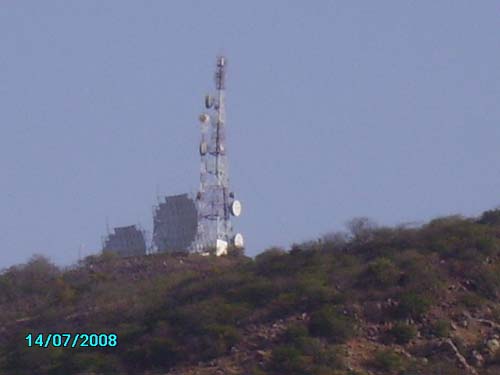 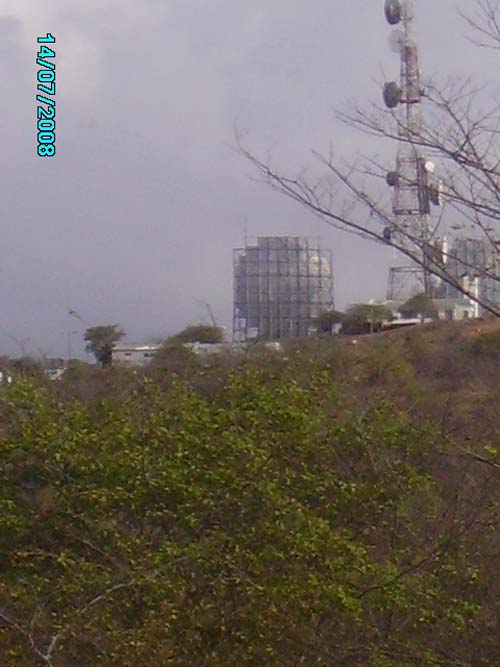 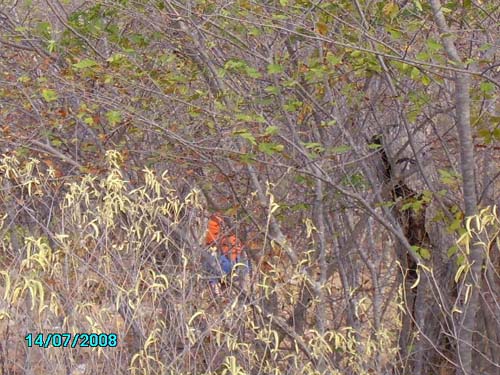 Friederike hammering in an earth pipe

The sky was heavily rippled from all the electromagnetic HAARP crap coming from the radar station. Howerer it did not look all that energetically negative any more, probably because of all the previous gifting of other places in town and the foothills of that same mountain. 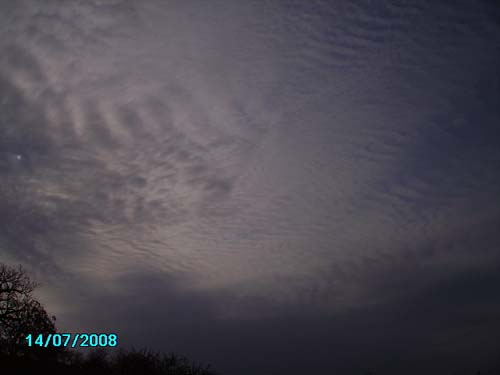 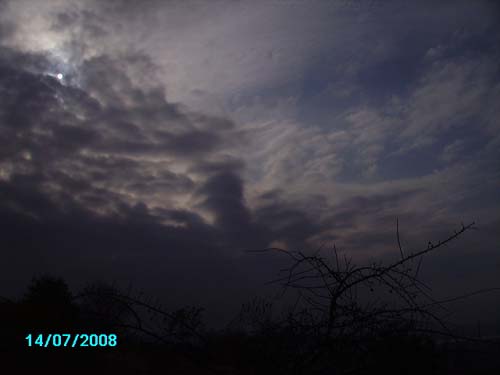 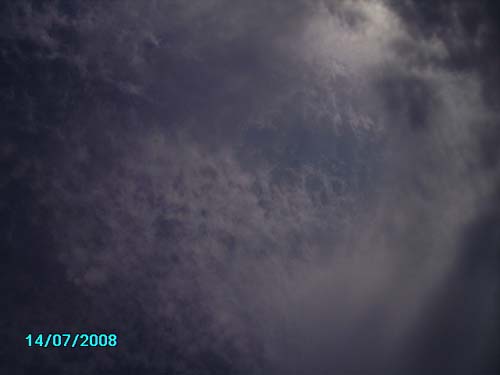 A blue hole forming -The muck is breaking open

The most dramatic change was happening within the space of 20 or 30 minutes. The sky started changing immediately after we placed the first gifts near the radar station. As we left the mountain, a large blue hole had already formed and minutes later rain was already coming down in the distance. 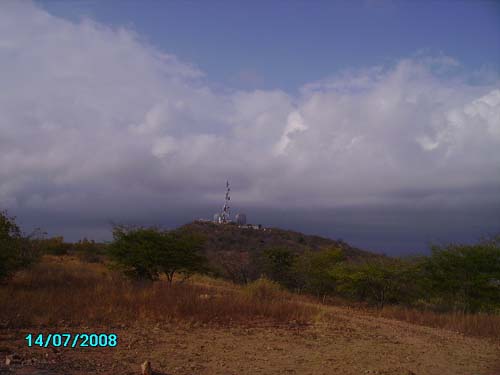 And as we leave: the blue hole is already quite distinct 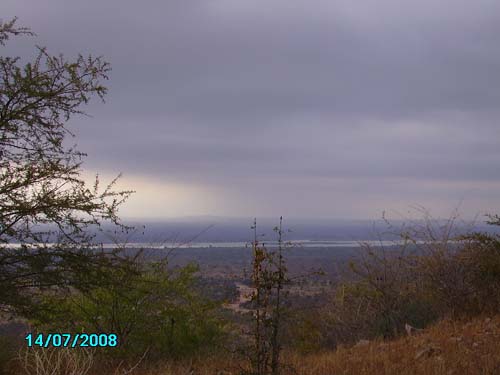 Not much later: The first rain in weeks, totally out of season in July 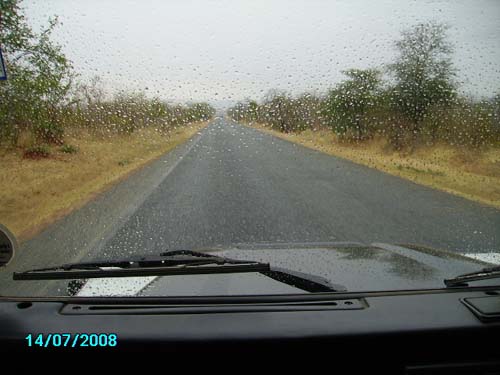 That was really nice confirmation

We drove off very satisfied.

The sequence shown above is absolute typical of what happens when a massive negative energy transmitter get's busted with a few appropriate tactical orgonite tools. We have seen it so many times. Not always the effercts are as easily documented on camera however.

If you browse through our older expedition reports, you will find many similar sequences documented.