Lament for a dictator

Some of you have been asking me, why I like to write about Gaddhafi or the financial system rather than about orgonite and it's healing effects.

I do, I do, but to me it's clear that all these events are connected. What we are seeing are the last contortions of the global mega-parasite. I hope at least they are his last ones...Orgonite is part of the solution. Mega-parasites do not thrive in a field of pure positive life energy.I always had this idea to go to Libya and ask the "Brother Leader" if he would like to green his desert with some massive deployment of orgonite. Too late now. I  actually had some real feelers out to get access to him. 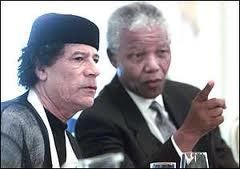 Gaddhafi in better days with Mandela

Now the megaparasite is plundering his country and sells that process to the unwitting masses as the just deposition of a tyrant. Funny that of all African countries Libya was not indebted to anyone, was in the process to launch it's gold backed currency, the gold dinar, and people enjoyed the highest per capita income as well as the highest "human development index" as per UNDP (United Nations Development Programme) in all of Africa. I wouldn't be astonished if they now change that in their website, but for now it's still here: http://hdrstats.undp.org/en/countries/profiles/LBY.htmlFunny enough, Iraq also enjoyed such a high level of education etc., before it was destroyed.

Why is the megaparasite doing this?

It is desperate, that's why. It cannot tolerate islands of self reliance or independent prosperity. Especially not in 3rd world countries. The gold dinar would have been a major challenge to the fake money system propped up by US military muscle (all on borrowed money that the world has to repay of course) The financial system is based on debt-generated money that is backed only by the guns of the state (called legal tender lawws forcing us to accept the fake money as real)  that will force people to pay back these illusionary debts through their ever increasing taxes and levies on everything. The only one that grows fatter in such a system is the megaparasite that is in fact issuing the fake money and a few of those close to him in the banking system who serve as conduit for the great  suction of wealth from those who produce to those who create "credit". Everybody else lives in a shrinking financial horizon at present. This is the overwhelming experience of 99% of the world population but we are happy to eat the garbage explanation like "it's the impending Greek Souvereign Debt Default", jus like we ate the equally dodgy "It's the subprime mortgage foreclosure crisis" or whatever the "London School of Economics" boys give out as the motto of the day. We're so gullible and so reliant on someone explaining it all to us. 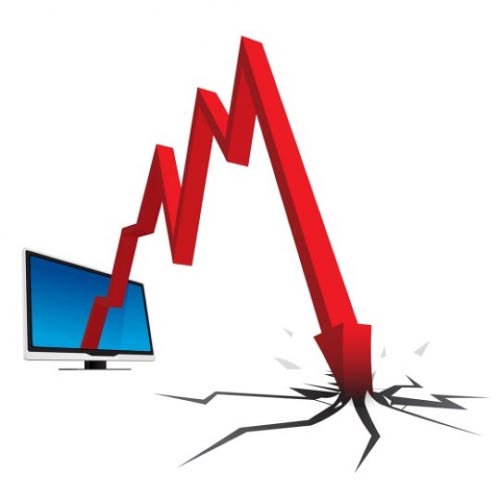 Oopsi! The economy as we know it has ceased to exist

And yet if you think about it, none of this is necessary. We could essentially "switch off" the whole economic crisis by making a few simple decisions. The ability to produce all the goods that are needed including all the food needed in the world is there. It doesn't go away in a "credit crunch" the only thing that goes away is the ability of people to afford it.

Abundance is our natural state 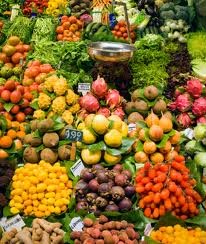 A growing number of reformers is proposing what is called public banking. What it simply means is that the state takes back the right to issue currency. Most people do not even know how currency is presently created by the privately owned banks including the privately owned FED and most other "central banks" out of thin air and then lent out and charged interest for. This is the reason why the megaparasite is so restless. It's a pyramid scheme and it has reached it's end like every pyramid scheme eventually must. The last collapse of the megaparasite's game led to world war 2, a cataclysmic discharge of all the imbalances and blocked energies and then a period of fast development and rapid growth that lasted through the 1980s. Since then the game has been stuttering. Public banking means, the state issues currency and pays it's own expenses with that, instead of licensing a private institution like the FED with generating this money and then borrowing it from that institution at interest. That way money can be fed into the system without taxation and without interest. Loans to enterprises and private persons can still be facilitated at low interest but you don't allow the banks to generate this money out of thin air. This privilege should be reserved to "we the people". Very simple. Of course all our brainwashed "London School of Economics" trained economists will tell us immediately how bad this is and that we need independent reserve banks. Bollocks! It's only as bad as the people who are allowed to do the money printing. But definitely more legitimate to allow the state who in a democracy is deemed to be the institutionalised will of the people to issue the currency than to give that privilege to the bankers. The nationalisation of all central banks is definitely the only nationalisation that creates more freedom for the people. Now they want to draw us into some hopeless rematch of the old-old scenario with some kind of protracted WW3 scenario fought mostly in the islamic world, under the fictitious banner of "War against terrorism"... Let's just stop all this nonsense. None of this needs to happen! Changing the way currency comes into circulation is the one most effective step back into freedom. Nobody needs to be disowned, no property needs to be confiscated. Simply by tilting the table the other way, we can change the bias of the system from rewarding the emitters of fake credit to rewarding the people who produce something useful. The dynamics of this simple flick of the switch will be awesome. We can live in a very happy world, (I wrote about this before) especially when we unshelve all the supressed free energy patents and stop preventing people from curing their dread dieseases with the many available alternative cures available. Funny enough, life expectancy in the US has gone down in the last decade from somewhere near 74 years to something like 68. That's under the able guidance of FDA, AMA etc. who want to tell you that wearing a zapper is dangerous or that you are not allowed to plant and eat your own veggies or drink raw milk. Why listen to these morons? Life expectancy in Libya was 74 years before NATO started "protecting Libyans from themselves"...

Street scene in Tripoli: These people now really appreciate the blessings of democracy

And what about the desert?

The humble and inexpensive products shown below would turn any desert like the Libyan desert into the proverbial Garden Eden if used in sufficient quantities.

I have the suspicion - without having done the math - that the whole desert greening cost might be a lot less than 1 day of bombing, maybe even less than a single deadly sortie by a French or British bomber.

All you need to do to turn a desert green is place a CB every 100km in all directions and pepper the space inbetween with towerbusters and hammer in a few hundred earth pipes at strategic places.