This just in fom one of my clients in Australia.

I just had to tell you about my experiences with my zapper I ordered from you. After doing a lot of research on the subject I was finally willing to have faith in the electro-treatment and got one of my very own! I now know for a FACT that this works, and I’ll tell you why. I had pin worms, which had obvious symptoms. I got rid of a lot of them through the right herbs and I saw the little dead buggers come out. Well, I obviously could not get them all because my symptoms returned. But instead of getting rid of them again the same way, I thought I’d wait for my zapper and experiment to see if it could get rid of them by zapping them. Well, after a week of side effects from the zapper including very intense “under the skin” itching all over, few accidental acid burns and increased bowel movements I have to say all pin worm symptoms have ceased. More over, I believe it has solved my Candida problem which started 2 years ago after trying the birth control pill. I went off the pill after two months because of the intense sugar cravings (it had ruined my sex drive anyway). I however never recovered and have gained 10 kilos since. A lot for a 20 year old with a pretty good metabolism. Sorry to be so personal, but just wanted to express how damaging medication can be. I am now on a diet to lose weight, and I have to say that sometimes I have to be careful I don’t eat too little! My sugar cravings have subsided, and now I only think about food when I’m actually hungry. I’ll go a whole day moving around at work and not even stop to eat! I have to put down my past sugar cravings to the parasites in my system.

I mean, I used to eat a fast food meal DAILY, a whole large pizza in one sitting was do-able. So, even though my health is regained I am still addicted to using the zapper, which leads me to the orgonite. I never really believed it all that much, but it’s helped my energy work so much. I feel the energy straight away when I put it on and the feeling of euphoria it gives is addictive. I’m even beginning to see my aura which I never could before. I could not imagine a better health and spiritual device, so thankyou for providing the service, I am greatly appreciative. 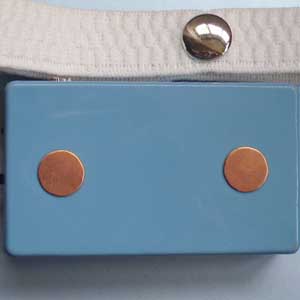 You know where to get those zappers, don't you?