We need to get off the grid

Sitting at home by candle light through the longest power outage we experienced so far (36hours), I feel strongly reminded how much we should strive to become independent from the supply grid of this fragile technical civilisation. In South Africa this is probably more obvious than elsewhere on this planet where technical infrastructure is still a bit more dependable...

For a few years already I had been aware of the Umphakatsi eco farm project in Mpumalanga, near the border to Swaziland.

Founded by Tobhi Sarah Motha in 2006, this project is happening on tribal land on a leasehold basis.

The tribal chief and his council are fully behind the project from which they expect valuable development and skills impulses for their community.

I was happy when our friend James asked me to come along. James had secured a plot in that project 2 years ago but was hindered from doing anything with it by illness.

A whole group of other friends was coming along, all with a view to participate in the project. 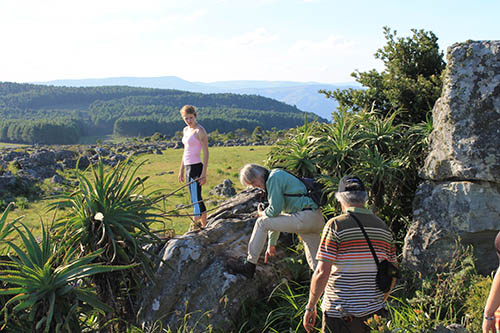 On the way to Adam's Calendar

We went via Kaapse Hoop where we paid a visit to “Adam's Calendar” a stone circle of mysterious origins which, according to well known researcher Michael Tellinger, whom we also visited at his centre in nearby Waterval Boven, is about 80 000 years old and of Annunaki origin. 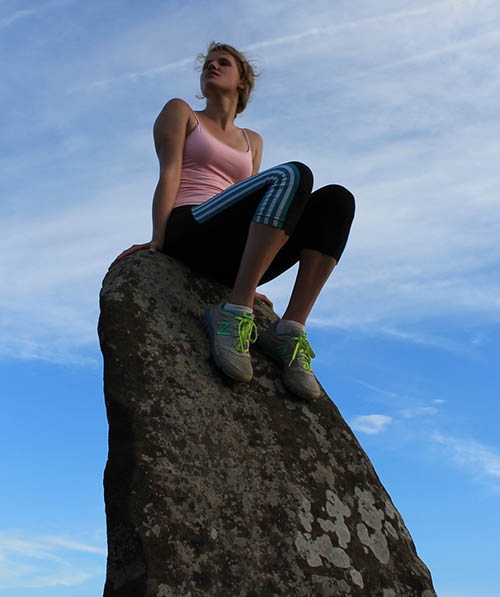 Bella on the highest calendar stone

The whole area is richly dotted with such anomalies and curiosities, including what seem to be 2 pyramids in the huge Barberton meteorite crater. They are well visible from Adam's Calendar from where the pyramid shape is very obvious, much more than from close up.

A few years ago we climbed on one of these and found that when beating a path through the brambles over broken stony terrain one doesn't get the impression of climbing a pyramid as the surface is seriously weathered.

The 31 degree of Eastern longitude passes through the Barberton crater, the same one that runs through the Gizeh plateau, past the place of the White lions of Timbavati and the place where a living sample of the precambrian Coelocanth fish, which has been supposedly extinct for 300 million years, was found near Durban in the Indian Ocean. Last but not least, the Sheeba gold mine is said to be the oldest gold mine on the planet with workings that have been backdated 10s of thousands of years by mining experts.

It is also in the Barberton crater. This is seriously loaded territory! Apparently there are 2 more stone circles in the fashion of Adam's Calendar around and various other significant places considered to be energetic hotspots or holy places. 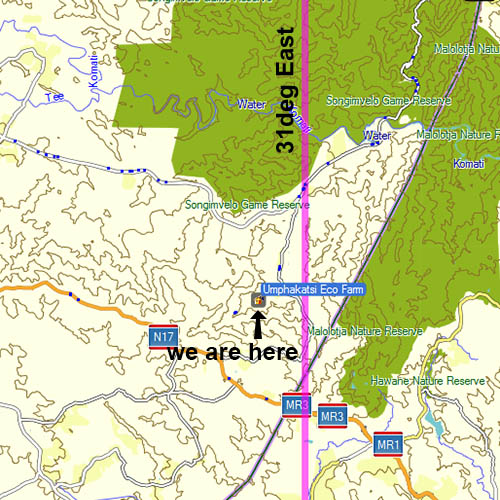 The Abzu of Enki?

Is this the place where the wannabe gods from Nibiru created the ancestor of modern humankind, the Adamu, of which the biblical story of Adam and Eve would be a garbled account?

Whether you like Sitchin (and Tellinger's much more South Africa specific research) or not, the story of the gods coming down from above, creating humankind in their own image and mixing with them, creating a race of half breeds who became the ruling elite, reflects in oral and written traditions all over the world.

From Zulu Shaman Credo Mutwa to the Sumerian Cuneiform texts, from the highlands of the Peruvian Andes to the great lakes region in East Africa where Enki, the alleged expedition leader of the first Nibiruan detachment is supposed to have started mining for gold about 425000 years ago, creating the half bred Adamu race as a slave species to aid his overworked team with the heavy digging this story is known to all peoples.

Read Zacharia Sitchin's seminal “Planet X” and Michael Tellinger's “Slave Species of the Gods” if you are curious now as you well should be. 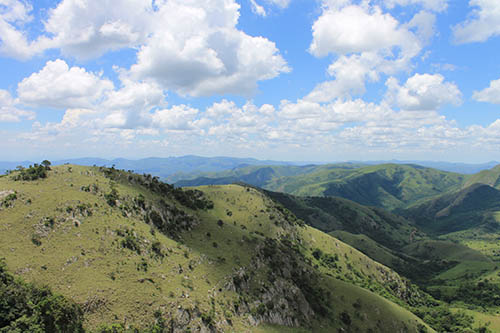 Umphakatsi is on the opposite side of that crater higher up in the mountains and near the border to the land locked kingdom of Swaziland. On the way from Barberton through the mountains breathtaking vistas like this were opening up all the time. 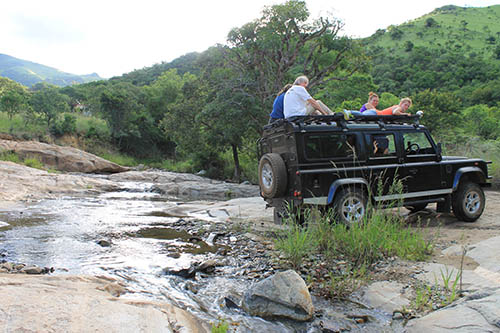 crossing the little stream that runs through the valley 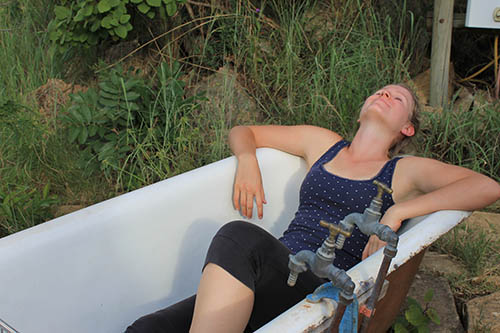 Bathtub with a view 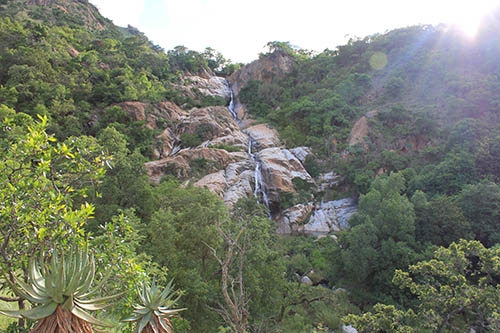 Waterfall @ Umhakatsi. This is the view from Sven's "Bathtub with a view" 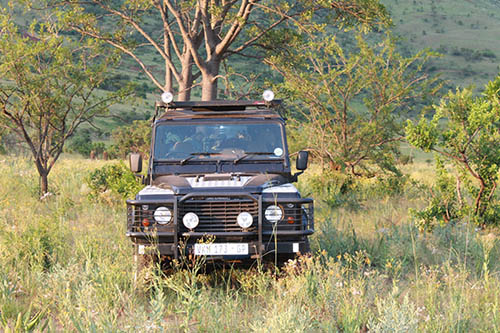 Should we settle here? Exploring the area in search for a new home 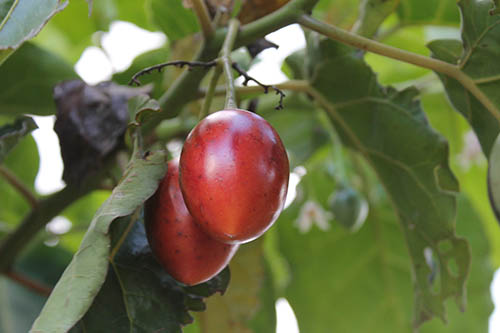 Tamarillo and other subtropical fruit can be grown here 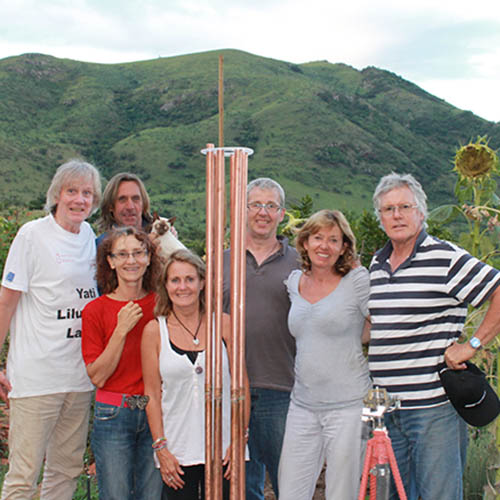 Grand realignment as CB does its work

The night after the CB was placed we spent at Chamilla's place watching the sky. We were treated to a most spectacular light show. For hours and hours we saw the most amazing silent lightning going on. Lightning without rain or thunder is a typical orgone phenomenon of a sky rebalancing itself as it absorbs the orgone charge. It was phenomenal to watch but unfortunately impossible to photograph.

After we had already come home Chamilla phoned me with great enthusiasm, to tell me how it continued later: The next afternoon a series of small thunderstorms with rain was forming around the position of the CB, leaving an open space in the middle. We have seen this often as the CB is creating a major positive energy vortex, often marked by a "blue hole" in the middle and beautiful cloud build up in a ring around it.

After the thunder a gentle rain, much needed after a longer dry spell was coming down for several hours. 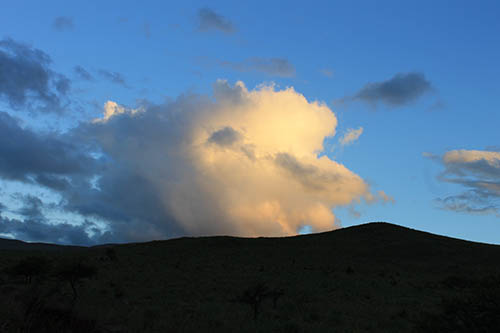 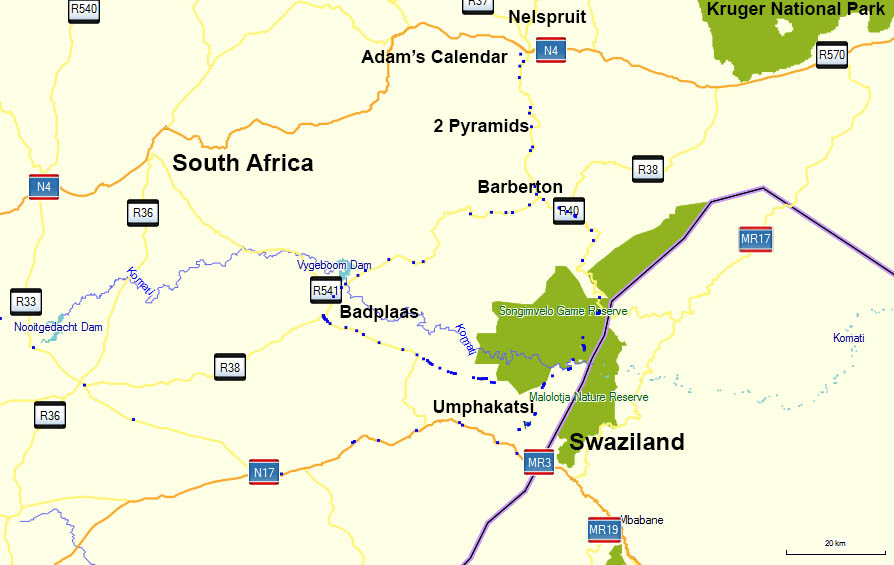 the area gifted on this trip. Every blue dot is an orgonite device 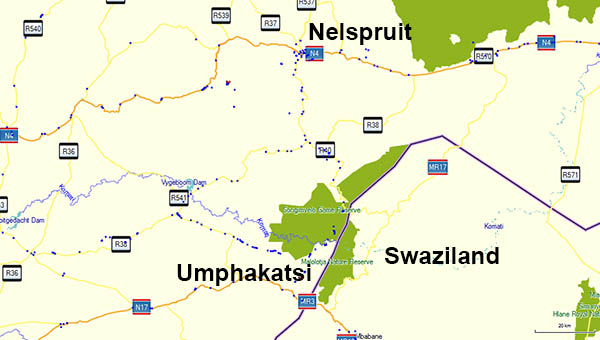 A view of the larger area including previous gifting