28 April 2015 It's amazing how much the 3 R's have shaped South Africa: Rothschild, Rhodes and Rupert.South Africa has always been important to the secret elite, especially its British imperialist branch.Not only did they fight one of the bloodiest wars against the independent Boer republics, but all the conspirators of Milner's Round Table who would later come to fame by plotting the first world war against Germany had their apprenticeship years in South Africa in various functions of "colonial administration".The house of Rothschild was instrumental in creating the De Beers empire as well as most of the other mining conglomerates, often through their proxies Frere Lazard Bank of Paris  in the late 1800s, bringing another family to the fore of whom many say that they still own 80% of the Johannesburg Stock Exchange: the Oppenheimers.Biting off the head of the snake The Ruperts are probably the second wealthiest family and rumoured to be pretty much as powerful behind the scenes.Good then, that our recent trip to Cape Town would allow us to drop some orgonite at Graaf Reinet, the place of origin of the Rupert family where they still own a humangous estate, now game reserve, and afterwards visit the Memorial to Cecil John Rhodes (his body is buried there, only without the heart which has been laid to rest in the Matopos Hills in Zimpabwe, at "the spiritual heart" of Rhodes' erstwhile conquest, Rhodesia. (we gifted that years ago, and then again) 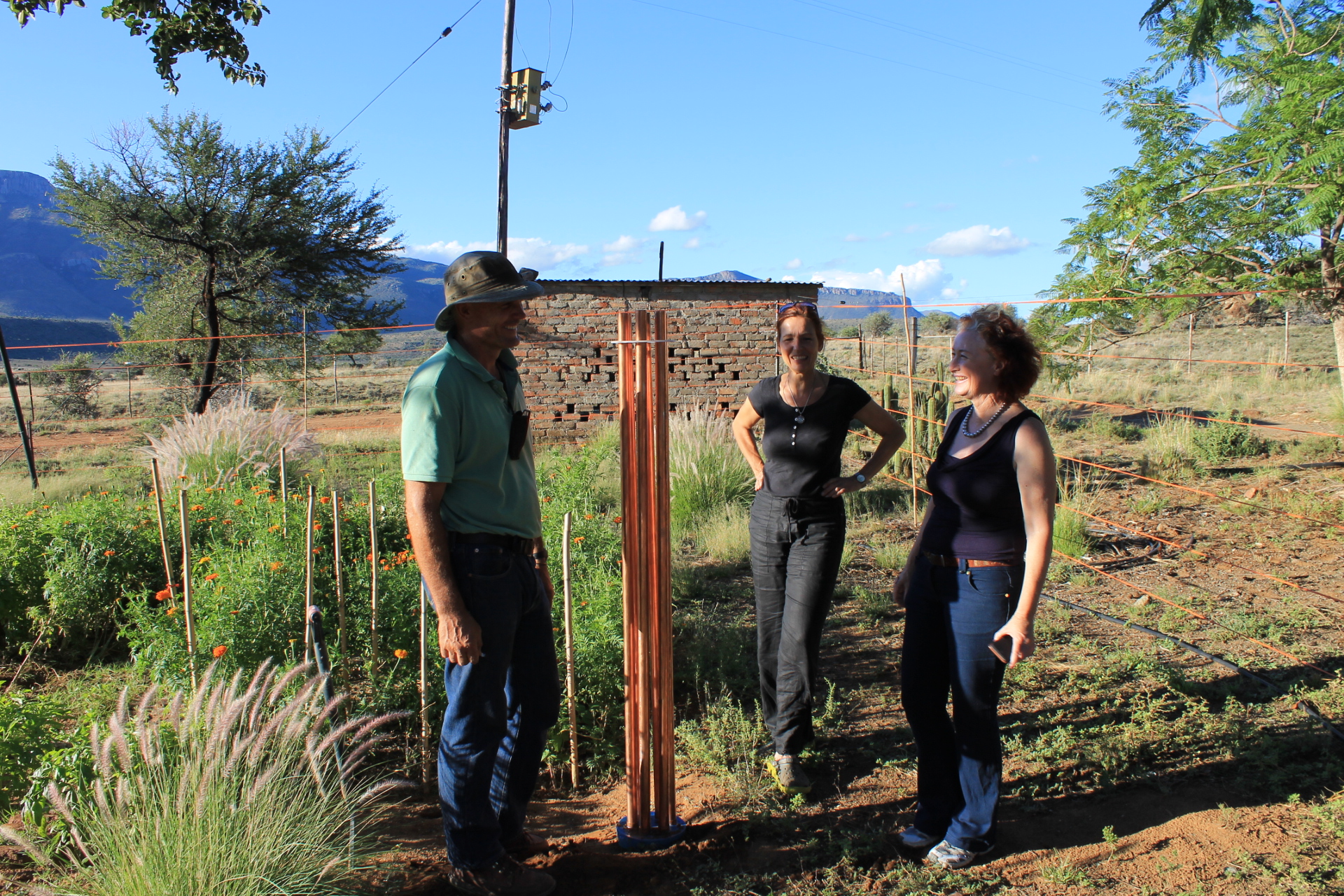 New CB in Graaf Reinet We visited some friends in Graaf Reinet, Rupert's home town in the Karoo, who are breeding horses in the area and donated a CB for the area. Together with Francois we did some local gifting, finally getting hold of a big tower above the town that had always escaped our ministrations on previous gifting missions, because of difficult access. 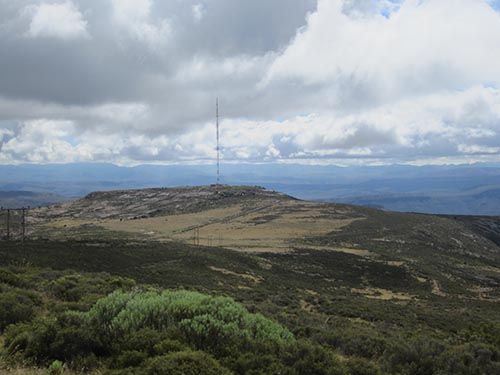 Huge tower on remote mountain - now well gifted The Ruperts also got gifted along the fence of their vast estate, but here something strange happened: Only minutes after we had started our harmless walk along the Ruperts' fence, leaving a TB here and an earthpipe there, a police patrol was alarmed of potential cattle thieves (us) and followed our tracks to collect most of our orgonite.

A long, long fence...It really seems like those reptos don't like that fresh and alive energy in or even near their lair.

While outwardly a harmless event and possibly even coincidental, our awareness of synchronicity tells us that this is more than a confirmation. We've hit the bull's eye again! 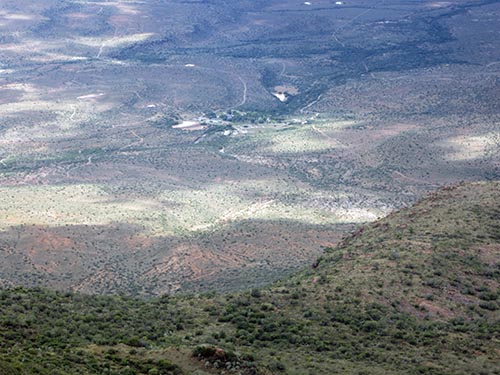 The Rupert Estate from the top - who knows what well guarded secrets it contains? 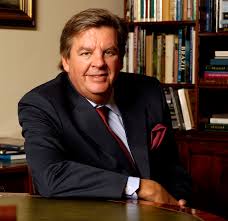 The late Anthony Rupert, billionaire "philantropist". (Here the Wiki)Interestingly, the dynasty's founder, Anthony Rupert, passed away in 2006, right after I had started blasting him with positive energy through my power wand. Sometimes the healing process involves the demise of the patient, one could say...  (no claims made of course, just a coincidence) Very befitting then, that we closed the eventful day with a bottle of Rupert & Rothschild at a nice Restaurant in town. 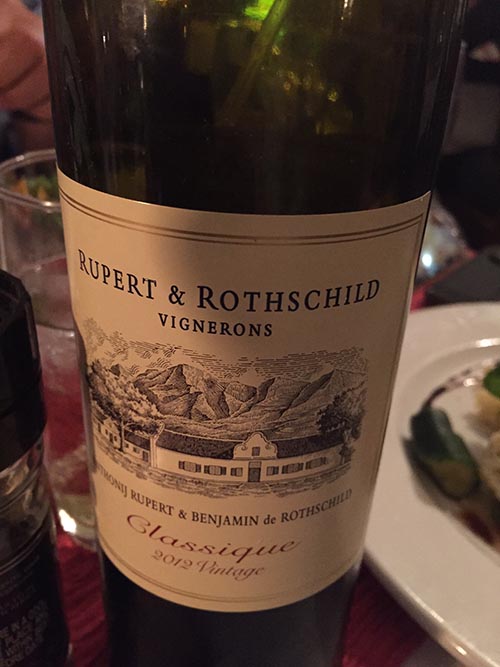 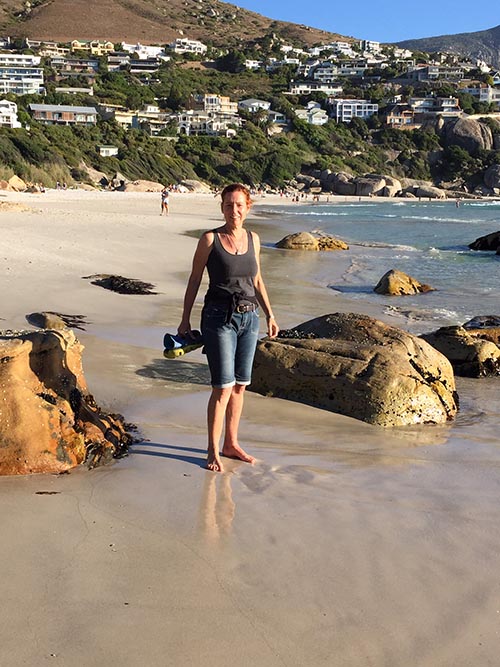 How can one not love Cape Town? 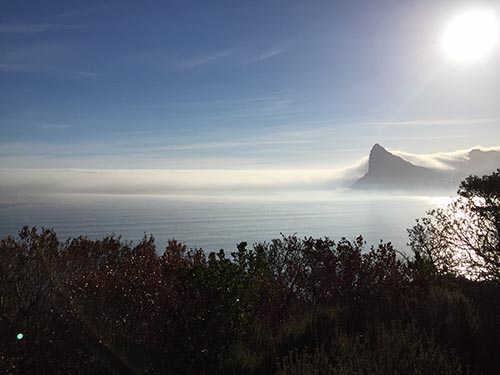 View over Hout Bay In Cape Town we were mostly holidaying but couldn't resist to pay another visit to the Rhodes memorial.I had left a few pyramids in Bushes nearby at an earlier occasion, but the recent fracas over removing the Rhodes statue situated nearby at the University of Cape Town's main campus. 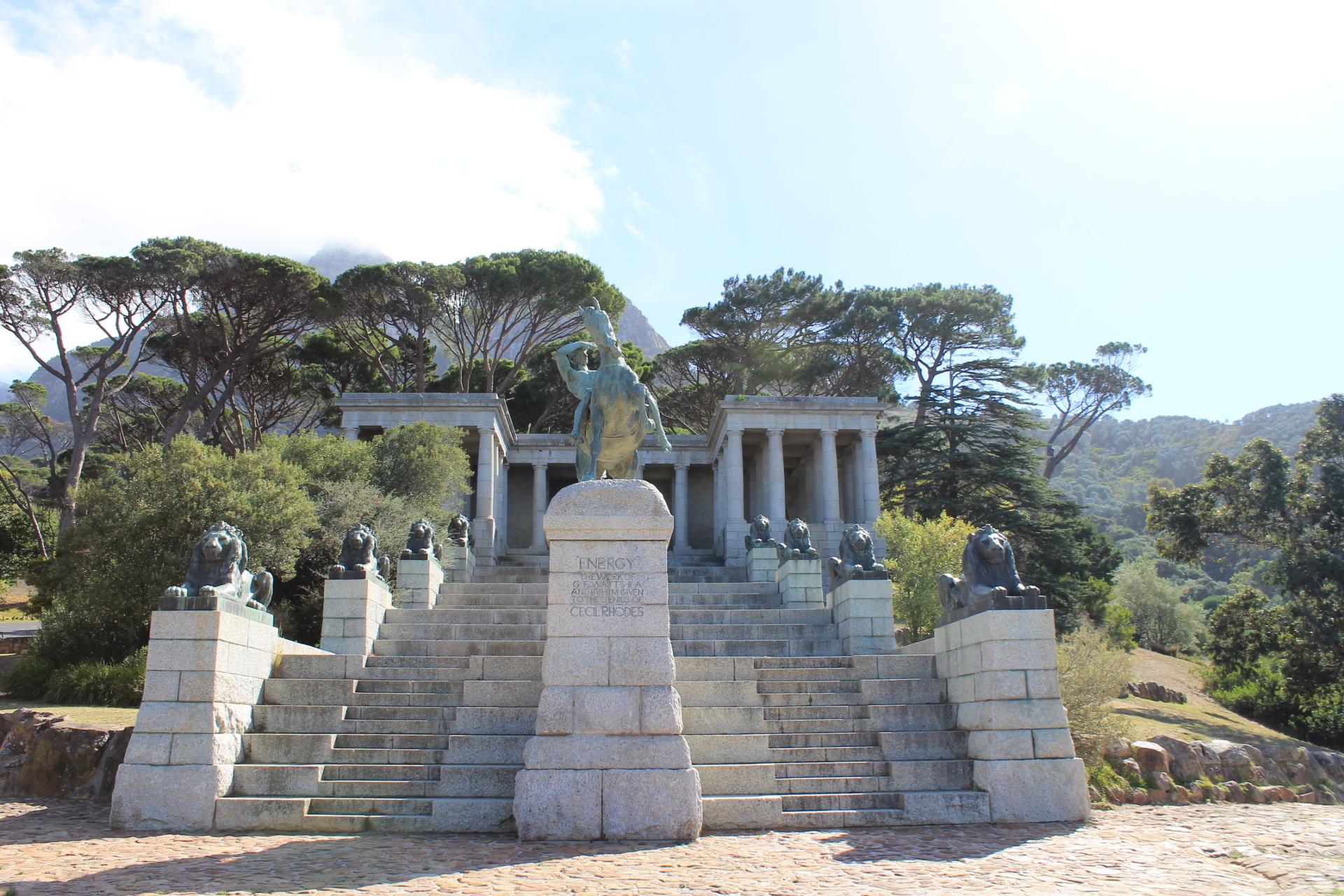 Rhode's Memorial so far escaped Malema's attention, but not ours. 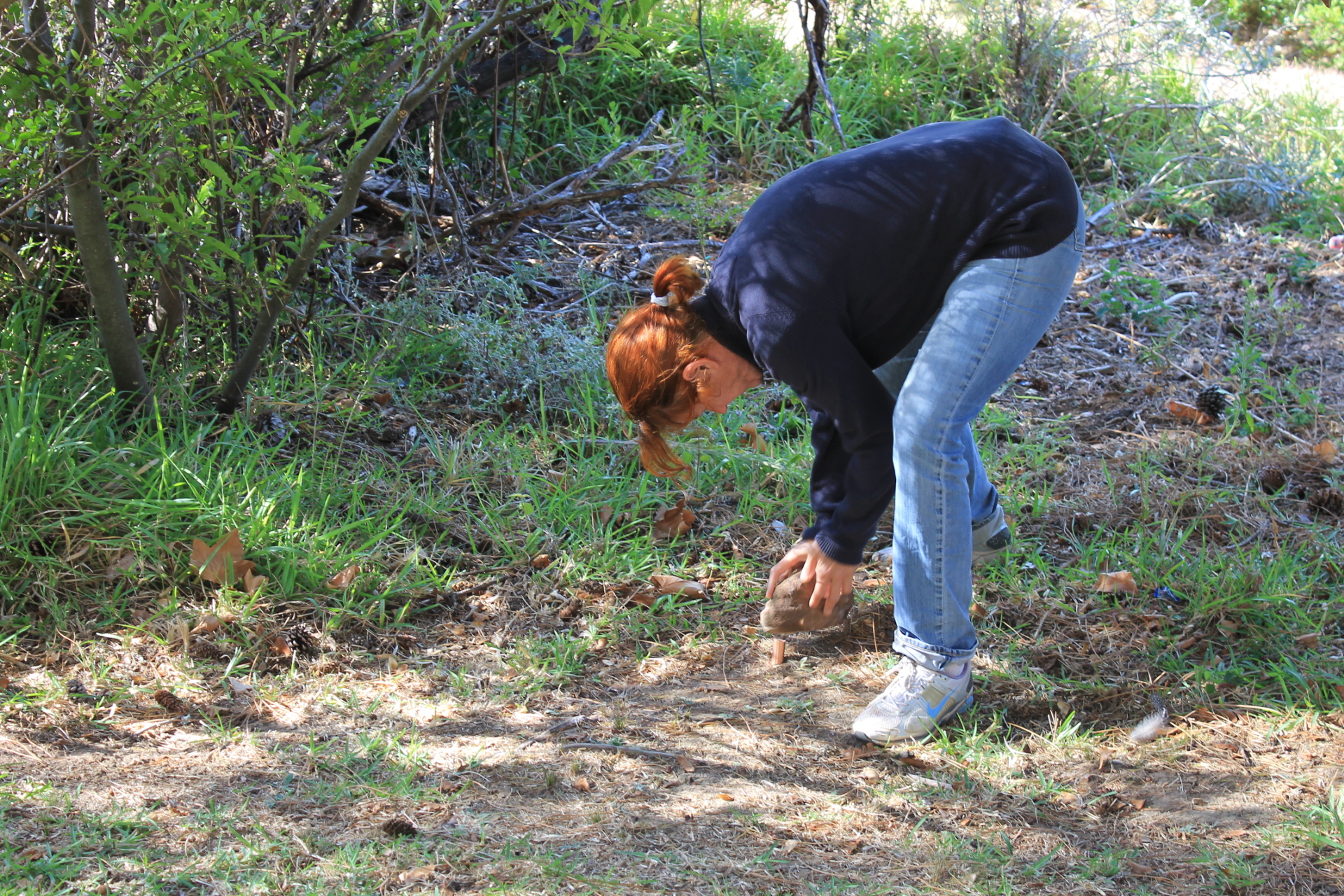 Friederike hammers it in while I'm hiding some small ones here and thereImportant note for non South Africans: Our favourite enfant terrible Julius Malema (populist politician in South Africa who likes expensive whiskeys and revolutionary rethoric) started a campaign to dethrone all remaining symbols of colonialism, especially staties of people like Rhodes or Paul Kruger which lead to some short lived local excitement after the usual thugs for hire desecrated a few of these statues. He obviously hoped to get some fresh wind into the sagging sails of his political ship this way.As you probably picked up already, we believe that orgonite works on much more subtle levels than only the neutralisation of nasty electromagnetics.It can dissolve lingering thought forms which are indeed energy-consciousness fields.That's why we keep gifting "spiritual targets" like masonic lodges, cemeteries, battle fields, places of satanic ritual, places of political or economic power concentrations et cetera. Orgonite helps for the stagnant thought fields of negativity just as much as the technically induced ones. 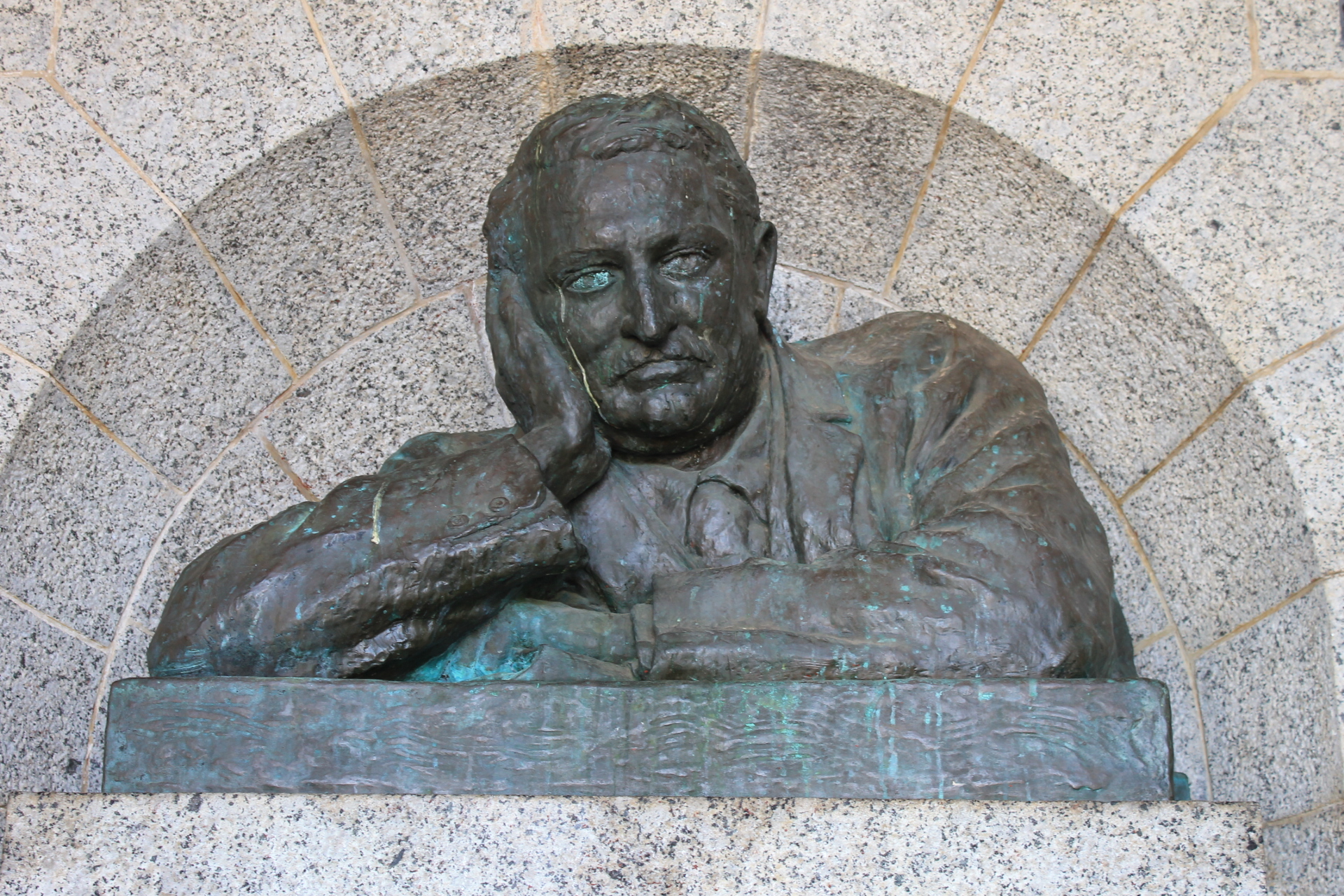 The brooding spirit of Cecil John Rhodes - a spell to be dissolved See my earlier article about orgonite and the "New World Order", another negative thought form that needs to be dissolved.