The Zululand tour went very well. Approximately 800 orgonite gifts are now working to lift the energy levels in the heartland of the Zulu nation. You may have figured that I am a bit of a history buff, so I just love to include sites of historical significance in my gifting sorties. 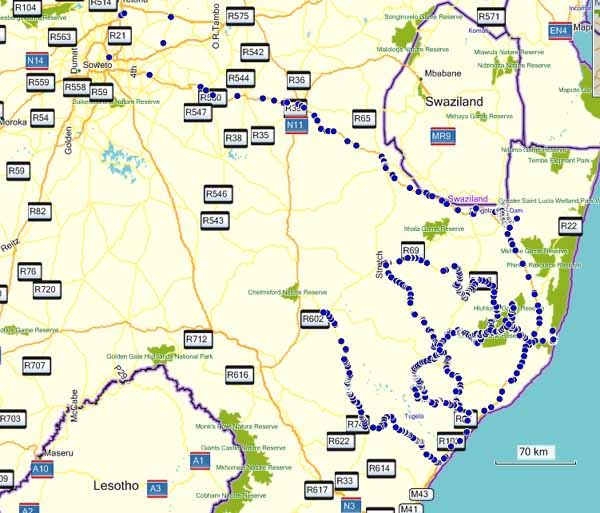 This is what we did on this last trip Historical significance very often means battle fields where many sensitive feel that the spirits of the ones killed in battle are still lingering.Yes, I have a romantic penchant for this type of stuff. This time we were able to gift the battle fields of Ulundi where the British finally crushed the Zulus near the Royal Kraal of King Cetshwayo. He and his warriors had previously sent shock waves through the British Empire when he annihilated a full British regiment of 1300 soldiers at Isandlwana. The Zulus, the most powerful nation in Southern Africa, were then seen as a major obstacle to the expansion of empire and invaded after making up petty causes, just like the global empire does it today. (See what's happening in Lybia just as we speak) The great setback of that invasion by losing a whole regiment to "native warriors" caused great upset in London. The British Empire has never lost a battle involving full battle strength fighting formation against any of its other colonial subjects. Only after concentrating a previously unseen amount of men, horses and resources in a build-up and preparation of almost one year could the Empire dare to invade Zululand again. This time with overwhelming power that sealed the fate of the brave Zulus.  This was more than 130 years ago of course but the consequences of these battles are still felt. We also gifted the site of Ngungundlovu, Dingaans Kraal where the Zulu King Dingane had ordered the killing of a Boer delegation under Piet Retief, an event that was memorised and cultivated by the Boers until today in order to keep alive racial hatred in South Africa. Gifted!We found King Cetshwayo's grave, the plate ringed by masonic obelisk type fence posts...I'm sure the spirit of the old man was happy when we put an earthpipe, a pyramid and an HHG near by. 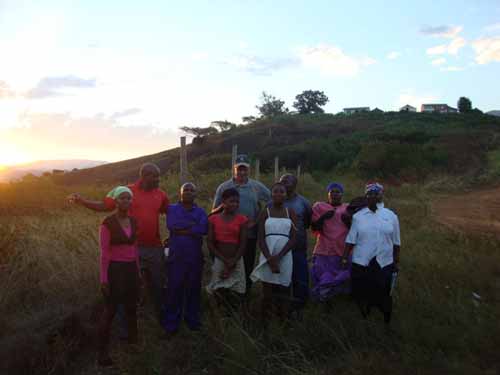 The custodians of king Cethshwayo's grave site The custodian (and her whole family) of the grave showed up immediately when we entered the somewhat sacred place. (a small circular forest had been planted around the grave)  While I was first afraid we would now be in trouble, they instinctively understood what we were doing despite their limited English.We did quite some water gifting as well at Jozini Dam, a major water reservoir at the South African Swaziland border and the St Lucia estuary. Gifting the beautiful Hluluwe-Umfolozi game reserve also gave us an opportunity to see some of the magnificent African wildlife. Particularly for my guest and fellow gifter Carl from Wisconsin an experience not to be missed. 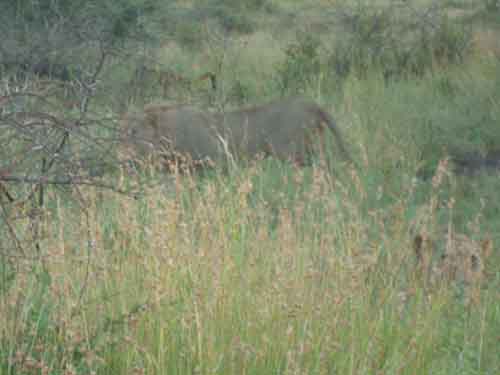