Orgone and the NWO

Orgone dispels the rule of fear and control

Could the NWO be described as an energy retention disease? Wilhelm Reich described as emotional pestilence the neurotic and destructive tendencies caused by armouring, the state of permanent spasm or contraction that's blocking the flow of orgone energy in most people. The social equivalent of this rampant energy disease is the fear of controlling elite from being overwhelmed by what they see as the "teeming unwashed masses".

Dammed up Orgone flow the cause of disease and sociopathic behaviour

If we want to follow the emerging consensus of a growing number of alternative historians and independent researchers, an effort for total control and domination by a small “elite” of barren entropy minded people is being carried forward on all levels of human existence: Spiritual, mental, material, financial, political and military.

The foundations of this “elite’s” hypnotic spell over humankind are to be sought in its occult, ritualistic-satanic orientation and secret society network. 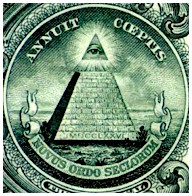 The back of the 1$ Federal Reserve Note: Symbol of occult rule

Many excellent books have been written about single and combined aspects of this conspiracy to move the world from a polycentric world of diversity to a “One World Government” in a “New World Order”. Because open coercion has proven counterproductive to this group in many ways, more covert ways of reaching the goal had to be devised. Since much of the information on the secret control agenda of this group is presented in a disempowering way, overwhelming the reader with despair and thereby preventing the half-awakened individual from taking any systematic and goal oriented action, we would like to focus on the steps that can be taken to disable and reverse the technologies deployed against us by these highly unbalanced personalities. It is to be noted that the ubiquitous microwave transmitters, sold to the populace as necessary for cell phone communications play a major role in the undeclared war against humankind. Interestingly we often find whole arrays of these deadly entropy transmitters concentrated in natural vortex points, often in very remote areas where no presence of any paying network subscribers could ever be quoted to justify the massive “firepower” concentrated there. 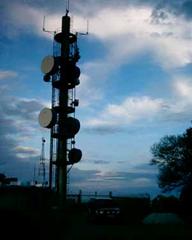 Mountaintop Array above Tzaneen For too long the attention of researchers has been hypnotically transfixed to the well-known HAARP installation in Alaska and its European counterpart EISCAT. The truth is that HAARP-like weather manipulation and mind control (Brain Entrainment, subliminal messages etc.) is perpetrated through the dense network of worldwide transmitter sites. 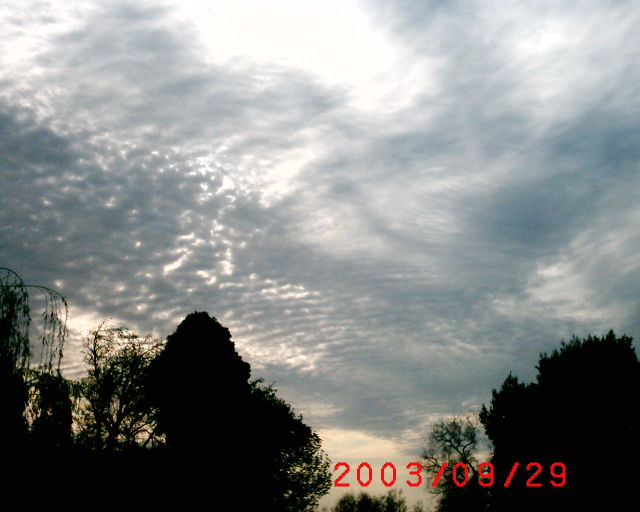 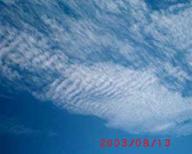 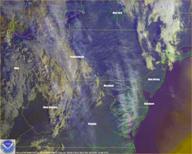 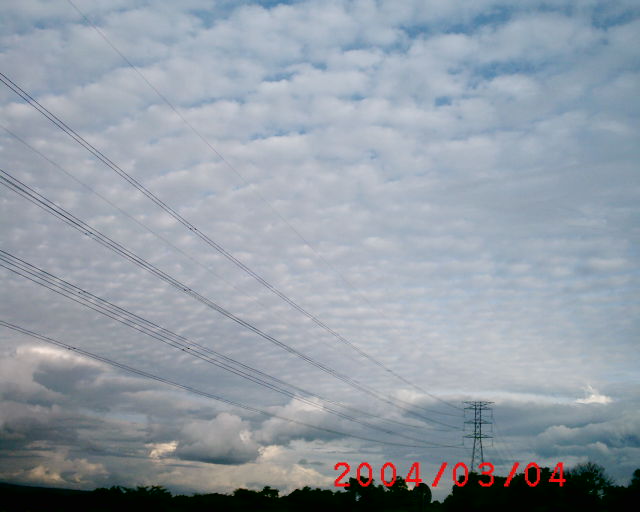 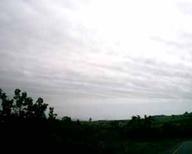 Chemtrails over Nelspruit, SA, Dec 2003 Luckily the placement of only one, sometimes a few more small orgone generators (called Towerbusters) transforms a cell phone tower from death-force emitter to a veritable orgone generator, while the presence of an orgonite cloud buster opens up the sky and dissolves chemtrails. Apparently by strengthening the self-healing capacity of the bio-physical system “air”, the poisonous soup is transmuted into harmless components because nobody has ever seen toxic fallout come down at places where cloud busters do their work. The Arsenal of the (peaceful) Orgone Warrior:

The name orgonite was first used by Karl Welz, who discovered this powerful compound material in the 1980s and used it to build orgone generators mostly for radionics machines. Orgonite is a matrix of metal particles suspended in resin. Normally the mix should be 50/50 by volume. Other than the layered structure of organic and metallic substances in Reich’s original ORACS, which concentrate Orgone inside a box, this matrix has a generally vitalising effect in all directions. Our explanation is that it works like multiple ORACS in all directions, thereby converting stagnant (DOR) Energy back into spiralling positive energy flow. This is the secret of the user-friendliness of all devices built with orgonite. They cannot concentrate DOR! This is often hard to understand for people who have spent considerable time researching the classical devices invented by Dr. Reich. So that some of the more orthodox “ergonomists” (every great thinker unwittingly creates his orthodoxy after a while) have issued misguided warnings against the deployment of orgonite devices thereby completely misrepresenting what orgonite devices achieve and how they work.The Don Croft Style orgonite Cloud buster 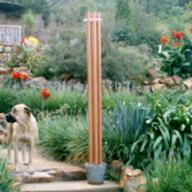 Orgonite Cloud Buster from Orgonise Africa The Don Croft Style orgonite CB or Chembuster consists of 6 copper pipes 28mm (2 3/8”) in a circular placement. Length approx. 1800mm (6’) These are mounted in an orgonite base of approx. 9l (2 gal) we use normal household buckets as moulds. Each Pipe has an end cap at the bottom and a double terminated crystal mounted in that end cap. The crystal works as an amplifier of the energy exchanged through the pipe. Strong positive effects have been observed for distances of over 150 km after placing a CB. Other than the Reichian CB the Croft CB is not meant to be used for active weather manipulation, but rather as a general healing tool that needs no attendance or operating as such. It will just create a positive orgone field in its wider surrounding, thereby stimulating self-healing processes on all levels: climatic, biological and mental (!) 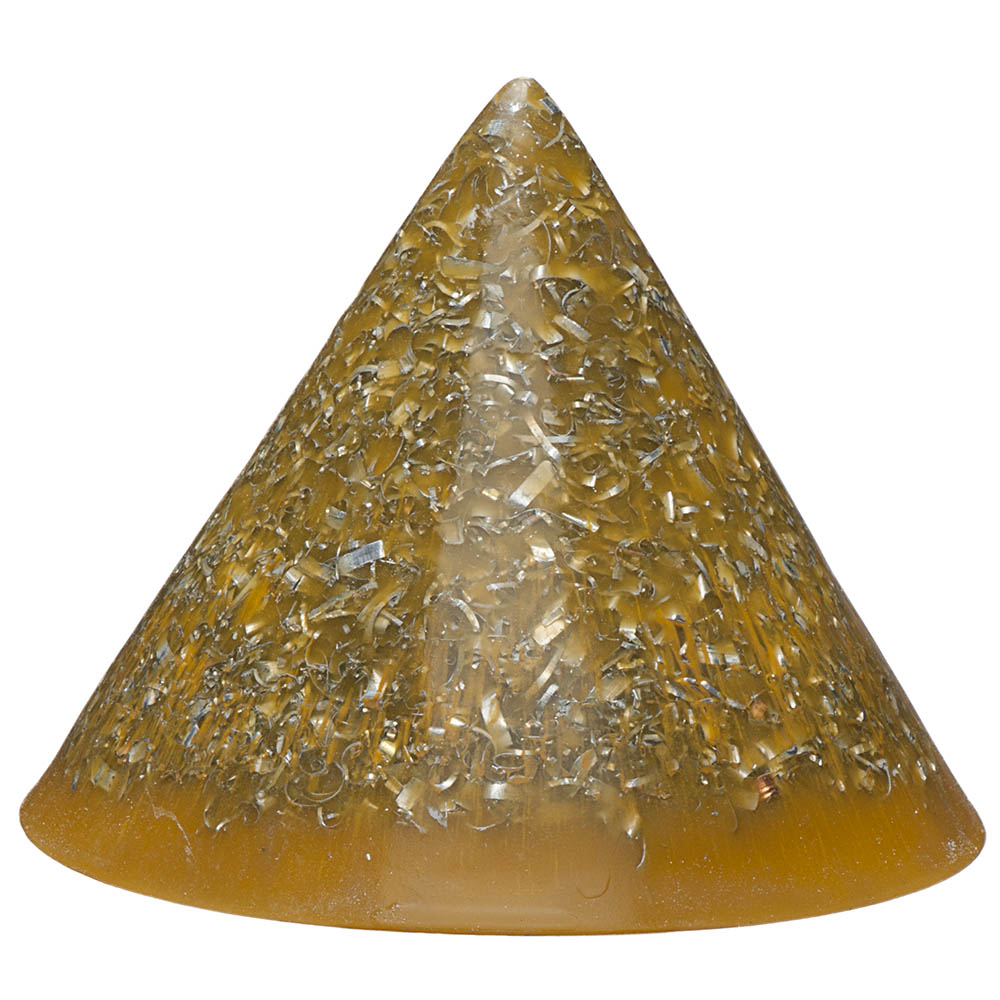 The Holy Hand Grenade The Name is borrowed from Monthly Python's "The Holy Grail" btw. A HHG is the perfect personal orgone generator for house and garden, but can also be used to revitalise natural vortexes or neutralise strong DOR emitters in the environment. It is made from an orgonite cone and has 5 crystals to draw in and diffuse energy. 4 are placed in a cross formation at the bottom (tips pointing outward if single terminated) and one in the top, pointing upward. Originally the HHG was designed to neutralise microwave towers as well, but it was soon found out that for most simple microwave towers much less is needed and since there are so many of these towers, we have to use our resources sparingly. 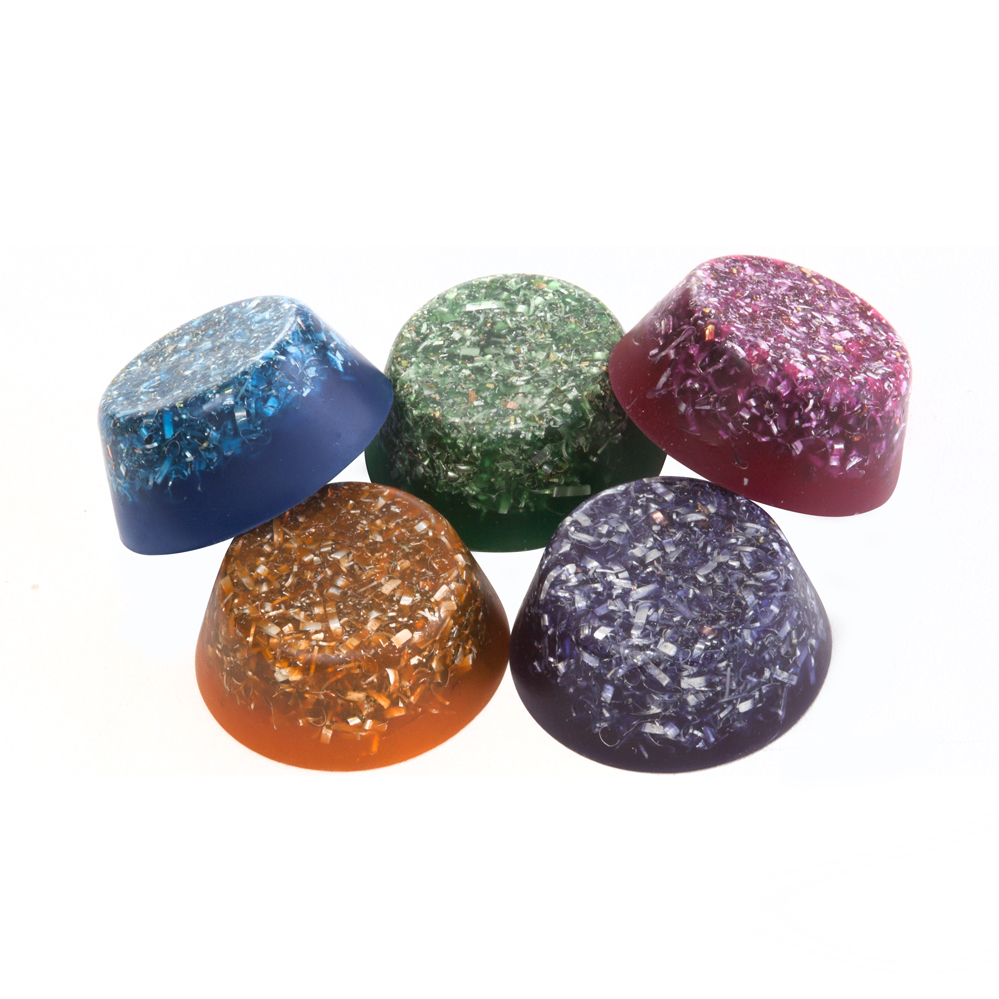 Typical Orgonite TBs The orgonite Towerbusters shown here are made in simple muffin forms and weigh aprox 3-4 oz. (100-120g) Also Plastic cups can be used or almost everything else that will hold a bunch of metal savings and some resin until it is set. The crystals used in this basic orgonite device can be of low quality and breakage is absolutely fine. We also put amethyst and often pyrite dust inside as that makes the energy stronger. 1 or 2 orgonite TBs hidden near a normal microwave tower, will normally be enough to neutralise a normal cell phone tower with visible and instantly noticeable effects. Either dig it in with a small garden shovel or find a nice undisturbed hiding place. The environment will say “Thank You”. The Orgonite Earthpipe orgonite Earthipe are a recent addition to the arsenal of orgone tools. Their main purpose is the neutralisation of threats from underground. Whether you believe in aliens or not is up to you, but there’s a lot of DOR already coming out of the underground military installations of your own government.

Orgonite Earthpipes in the making The orgonite Earthpipe is a hollow copper pipe, approx 13” with a 5” orgonite plug. A single terminated quartz crystal with a special coil is inserted, pointing from the plug towards the hollow end. The pipe gets driven into the soil with the hollow end pointing downward, the orgonite facing upward. Wherever you notice particularly nasty energies and there is no visible source for that above ground caution commands to hammer a few orgonite earth pipes into the ground. Orgone activists worldwide have come up with many derivatives of these basic orgonite tools, which to describe would burst the limits of this page. The most complete range of such orgone generators can be found in our shop.