Wealth and abundance is the natural outcome of creative people doing what they love doing. Being in business on one's own is a much more natural expression of our creativity then working for a boss. But even working for a boss can be an uplifting experience when we see it as a learning phase with the ultimate goal of setting out on our own.

It is obvious then that orgonite can only further this tendency by stimulating the positive energies on a physical and spiritual level.

In essence radionics is the combination of energy and intention. Please read my article "orgonite and consciousness" for more insight on how orgonite can double up as the energy base for a powerful radionics setup.

A fascinating client of mine here in Johannesburg, Dave, started years ago to boost his business and life fortunes with the massive deployment of Powerwands and other pulsed devices combined with org>

When the orgone flows, the business also flows

We have received plentiful feedback that even the placing of simple orgonites like a few Dirty Harry TBs around peoples' business premises increased the flow considerably. This is even more pronounced once you use orgonite specifically formulated to attract wealth and abundance. Such as our Muti Orgonite (all of them)

The radionics approach with orgonite one pyramids.

Presently he's using a setup with 4 pyramids and a humongous SP crystal. His wishes or targets he puts in the centre between the pyramids which are arranged in such a way that the geometrical projection of the sides is not overlapping.

A much simpler way would be to put your logo on a chair (wooden or plastic, not metal) and place a Powerwand underneath energising that logo (or picture of yourself or whatever you want to energise. It could also be a written wish. Of course it doesn't have to be a chair, but could also be somekind of funnel extension to the powerwand where the target representation (the "witness" in radionics lingo) forms the lid on that funnel.

We have previously placed wishes in the pouch of the PW, but I think the direct blast is a lot more powerful.

Ideally the logo should be encircled in a black "magic circle" to focus the energy and keep out distractive other influences. 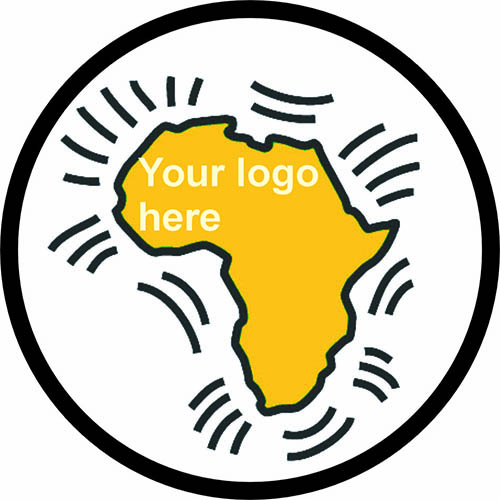 It would be a good idea to set this up in a small extra room that can work as an altar, where there's no other activity going on.

Alternatively the setup could be shielded with a metal screen. This shield should be round and as smooth as possible. Perhaps putting the whole setup into a metal bin would do the trick. 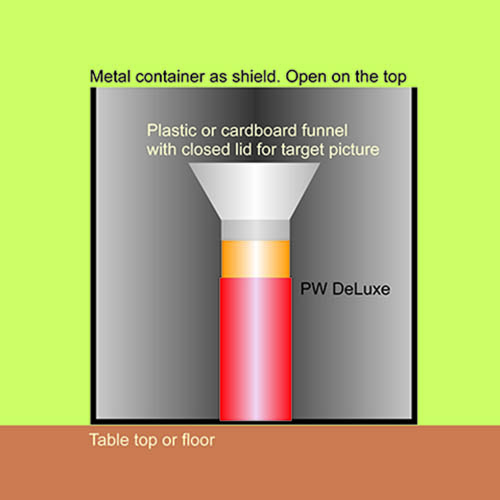 I do not think that orgonite will work for predatory or "negative". Let's imagine for a moment Monsanto was going to pepper all its premises and subsidiaries with Orgonite. I think it would cease to be the nasty conglomerate it is now and start concentrating its energies and resources on something that could actually benefit humanity.

Orgonite in the workplace

However, if you happen to work for one of these parasitic corporates, you can still mightily improve the atmosphere at your workplace with orgonite.