After the invention of the orgonite cloudbuster by Don Croft, the budding orgonite movement became aware of the threat posed by the ubiquitous cellphone towers that were rolled out everywhere worldwide from roughly 2000 onwards.

From various deep insider revelations but also practical experience it was surmised that the dense microwave network was doubling up to serve a different, more sinister purpose than just to transmit voice and data signals. Cellphone towers are being used to create HAARP-like weather modification effects as well as transmit mind control frequencies and subliminal messages.

At least since the 1960s it is known to the secret service agencies that suggestive voice commands modulated onto radio frequencies are directly received by the human sub consciousness.

On the level of subtle energy perception cellphone towers were identified as DOR emitters par excellence.

Something had to be done!

The first reaction to this problem was the "Holy Handgrenade", a conical Orgone Generator approximately 10cm (4") high and of equal diameter. The term was borrowed from Monthly Python's quirky movie "The life of Brian". Don just loves that kind of humour. 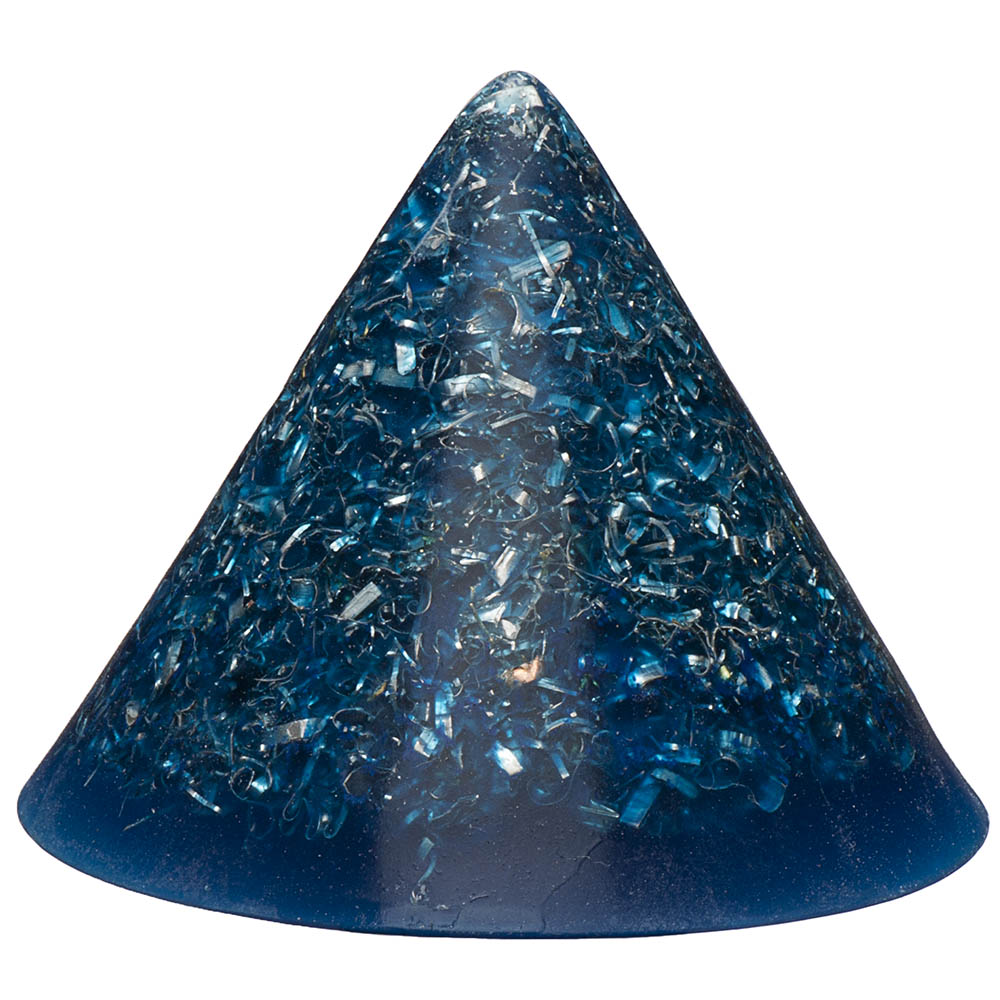 Orgonite HHG from Orgonise Africa The classical HHG (we still make them like that) has 1 single terminated quartz crystal pointed upwards and 4 pointing outwards in a cross shaped arrangement in the bottom.

This seems to maximise the effect of drawing in cosmic orgone from the upper levels of the atmosphere and distribute it horizontally over a wide area.

These quite intricate and powerful orgone generators were first used against the negative effects of cell phone towers.

I still remember how I buried my first one on a tree lined traffic island near our residence. My heart was pounding and I was so afraid of being spotted while committing this crazy acts.

Soon however it was found that something simpler and cheaper had to be devised because there were just too many of these towers being built everywhere. And most orgone activists were acting on very limited budgets but trying to reach maximum effect.

That was the birth of the towerbuster

The towerbuster is made by simply filling metal filings (mostly aluminium) into a muffin pan and adding a few broken crumbs of quartz crystal before pouting the resin to fill all the space between the filings and crystals. That's all there is to it and yet it's a powerful orgone generator. We add a few other stones to ours that make it even more powerful, but a few crumbs of quartz are all that's needed for a powerful basic TB.

We have actually compared it to the famous stone of David that he used to defeat the giant Goliath in biblical lore. So powerful!A single TB placed within a range of 500 m of an average cellphone tower converts this tower from a death ray emitter to an active positive orgone energy generator.

What happens when we gift a tower?

I had the privilege of taking several renowned psychics with the developed gift of clairvoiyance on some of my gifting trips and thereby get very accurate feedback on that level.

A typical cellphone tower emits a visible (to those who see auras naturally) dark grey field of stagnant energy. Its diameter is approximately 500m (visible) and the shape is torroidal. From the side it looks like a flat melon.

The colour is anthracite with lighter grey veins.

After placing a single TB anywhere within the reach of this visible torroidal field the picture changes considerably.

The shape of the field stays the same but instead of anthracite grey it now takes on beautiful lively hues of all colours of the rainbow spectrum. The darkness still emanates from the transmission panels but is now restricted to the direct surrounds of the panels (approx 1-2m)

Analogy to that we see cloud patterns change in an instant. The stagnant energy (DOR) is practically always associated with a "flat" or "two-dimensional" looking type of sky. As soon as we change this energy we see beautiful articulate cumulus cloud emerging from the this soup.

Even in a blue sky we can see the darkness of DOR that looks like finely dispersed smoke particles make way to a new sparkle. The 2 pictures below were taken with less than 15 minutes lapsed between them: 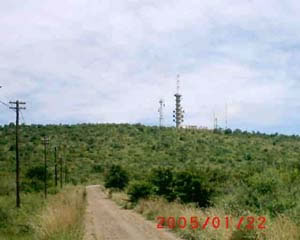 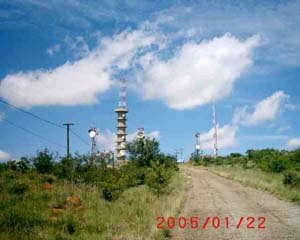 Only minutes after the orgonite is placed These pictures are not random or exceptional. We have witnessed these changes over and over again on ourorgone gifting expeditions.The ordinary towerbuster in it's roughest form is highly effective. It doesn't have to be pretty in order to have this profound efect. that's why we make a rough and ugly version called the dity Harry which often has alum filings sticking out on top. Of these we have deployed way over 20,000 in Southern Africa and other parts of the world with profound and lasting effects.

If you have no budget for anything else, just get yourself some Dirty Harries and start gifting your environment. That's the most "bang for the buck" you'll ever get. 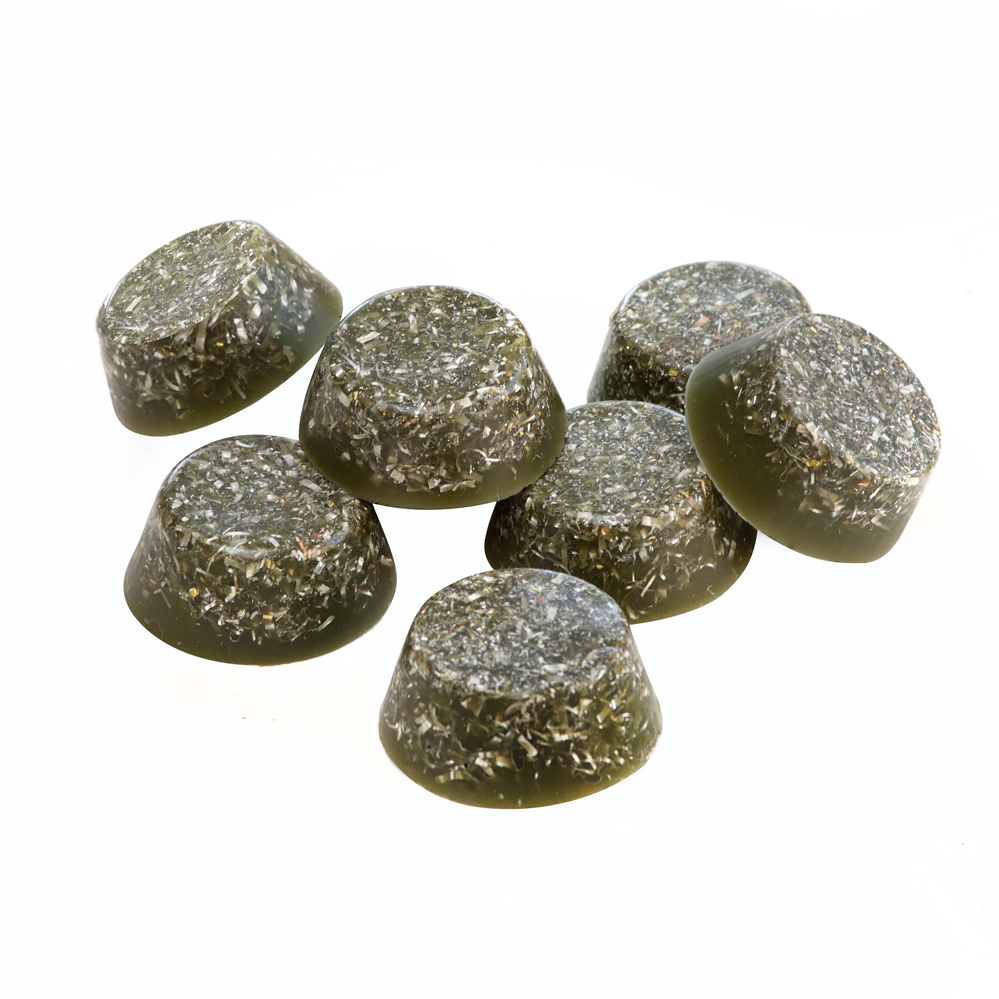 Etheric warrior's ammo: Dirty Harry TB Since orgonite's greatest strength is in converting negative energy, it works stronger in the presence of cellphone towers and other emitters of hard radiation. (Radar, HAARP, secret military tech, all kinds of radio and microwave band radiations and even high tension power lines) but we found that just peppering the landscape with it is the next best thing.

This was discovered on our Namibia expedition (operation desert rain) in 2004 where we found a dry and arid country with very little cellphone towers yet erected (that has changed in the meantime) so what to do? We were geared to look for cellphone towers and nothing but cellphone towers. So where to deploy our 1000+ cellphone towers to achieve maximum effect?

In the case of Namibia we found the landscape was criss-crossed with dry seasonal water courses that would only come alive with the seasonal rains for a very short period.

Surmising that these would still be underground water veins in the dry season and help to infuse the landscape with orgone we started to toss a TB in each of these dry river beds as we crossed it. The result were the biggest rainfalls ever recorded in this dry desert country.

The TB turned out to be the universal energy improvement tool with practically unlimited applications. On our trips - while obviosusly never leaving out any of the cellphone towers - we place one at least every 10 km even if there is no significant spot to gift because it seems to form energy lines that eventually infuse the whole country.

Another application is the gifting of negative energy lines (geopathic stress lines) where a small circle (approx 600 mm or 2' diametre) of 6 TBs can turn such a line into a positive energy highway for kilometres in both directions.

The applications are endless. We toss them near all places of dodgy energy. That includes prisons, masonic lodges, all places of religious indoctrination, government buildings, corporate headquarters, places of torture, ritual sacrifice, battle fields, anything that feels bad.

There cannot be a binding instruction on how to use them as we found that every gifter develops their own style or signature over time.

This has been quite amazing to watch.

In a way the ordinary TB Dirty Harry is the most important tool in our arsenal. Just use lots of them, gift all the towers in your neighbourhood. (those within 5km or 3 miles from your home harm you directly), then move on to make wider circles. Gift all places of questionable energies. Gift Rivers, lakes and the sea.

Read Don Croft's gifting compendium to get an idea as to how the pioneers of this movement see the use of towerbusters.

The TB is the universal ammo of the etheric warrior. Think hundreds rather than tens!

If you have nothing else, just lots of TBs will do the job any time. For more ideas on how to start with this orgonite thing you can also look here.