The year before we had done an epic orgonite gifting cruise on the Baltic Sea, connecting Kiel (Germany), Tallinn, Stockholm, Helsinki and St. Petersburg with a view to pacifying geopolitical tensions in the area and create a "Sea of Peace" in the Baltic.

Only days after we were finished, bottlenosed Dolphins were spotted in the Baltic near Gdansk, moving toward St. Petersburg..

We know from countless observations within the orgonite gifters' network how energy sensitive these cataceans are. They love positive Orgone Energy.

This species has not been seen in the Baltic since the 1890s! They entered through the Skagerak only a day after we started our gifting.

In 2016 we now wanted to do the real thing: A river cruise, connecting the 2 capital cities of Russia, Moscow and St Petersburg.

We started planning and booking for this trip already in 2015.

As much as the orgonite gifting was the main reason for our trip, it became a journey of discovery very much. Might we say that we got a sense of the Russian soul? I'd say yes and we liked it.

The energy everywhere we went was already so positive, it was unbelievable. So this tour was much more about nurturing and protecting what we already found than converting negative energy to positive. We will certainly be back!

Please follow us on our picture journey from Moscow to St Petersburg: 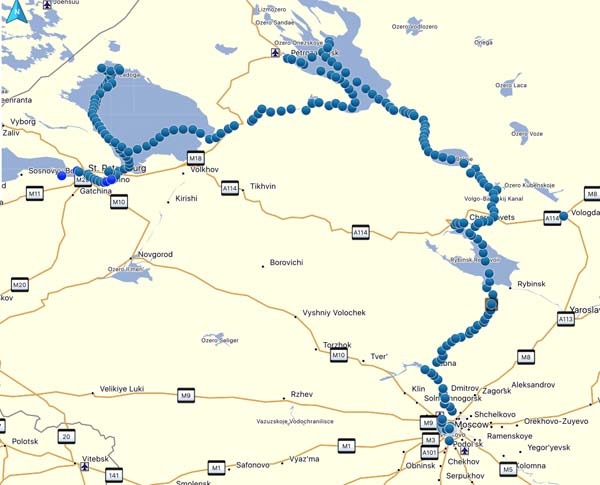 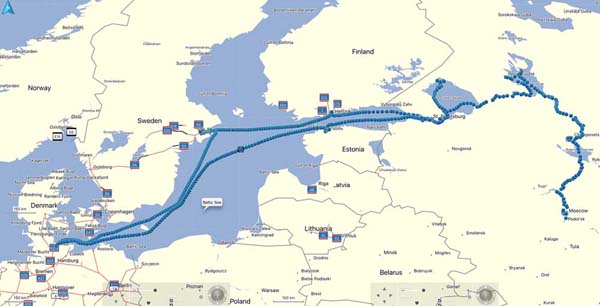 The bigger picture: The Baltic Sea stringed with a trail of orgonites connecting all the way to Moscow.  Our next ambition is to continue this string from Moscow to the Black Sea via the symbolically meaningful City of Volgograd, formerly known as Stalingrad. 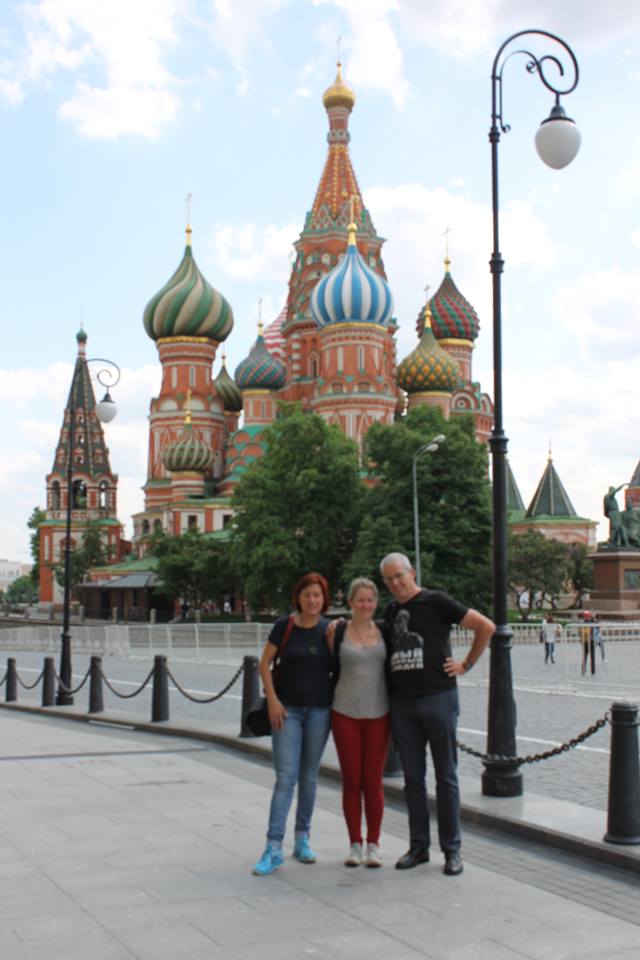 The team near St Basil's cathedral

Orgonite was placed around the Red Square, Kremlin, St' Basil's and the GUM shopping arcade. 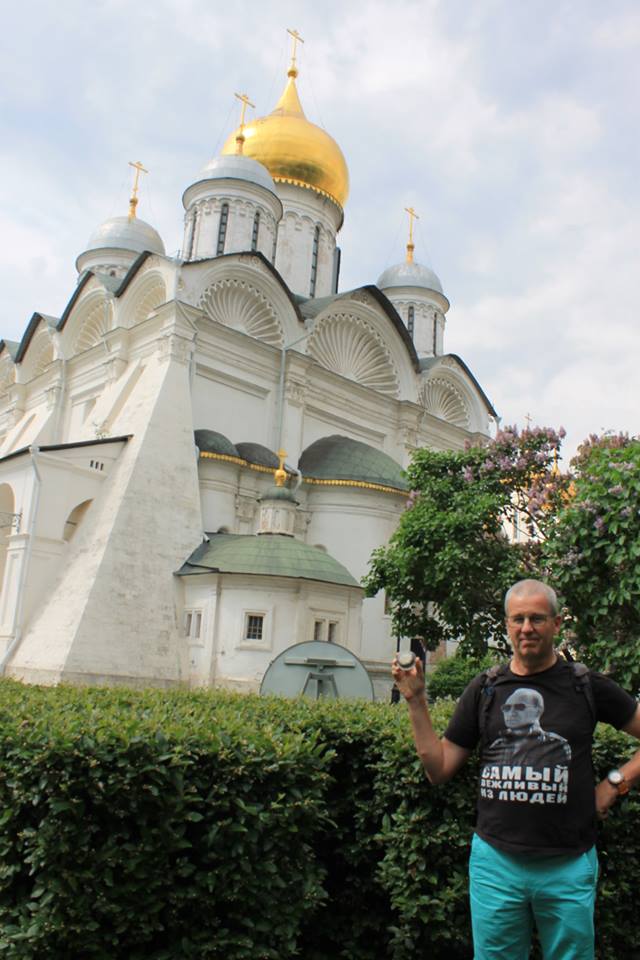 Placing some orgonite in the Kremlin gardens - a world first

If this is were indeed (as mainstream media in the G7 countries surmise) the supposed centre of an evil dictatorship, how would you explain the peaceful atmosphere and the total absence of surveillance? 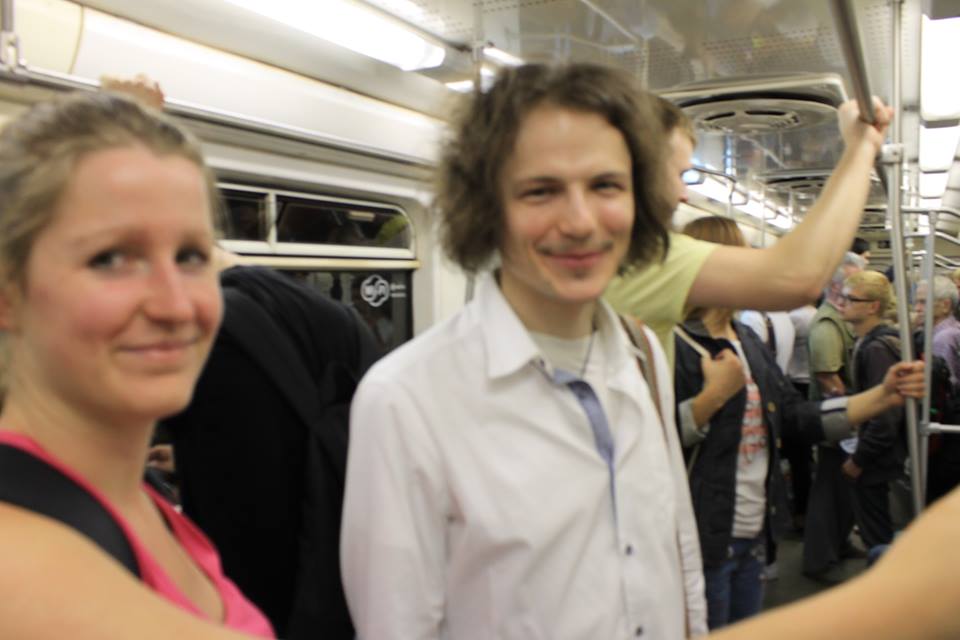 With our friend Kirill in the subway - orgonite gifting in Moscow

Kirill, a young engineer whom I had the pleasure of meeting at the BEM conference in the Netherlands 2012, took 5 days off to show us around in Moscow. That was absolutely awesome and allowed us to see a lot more than we would have on our own.. 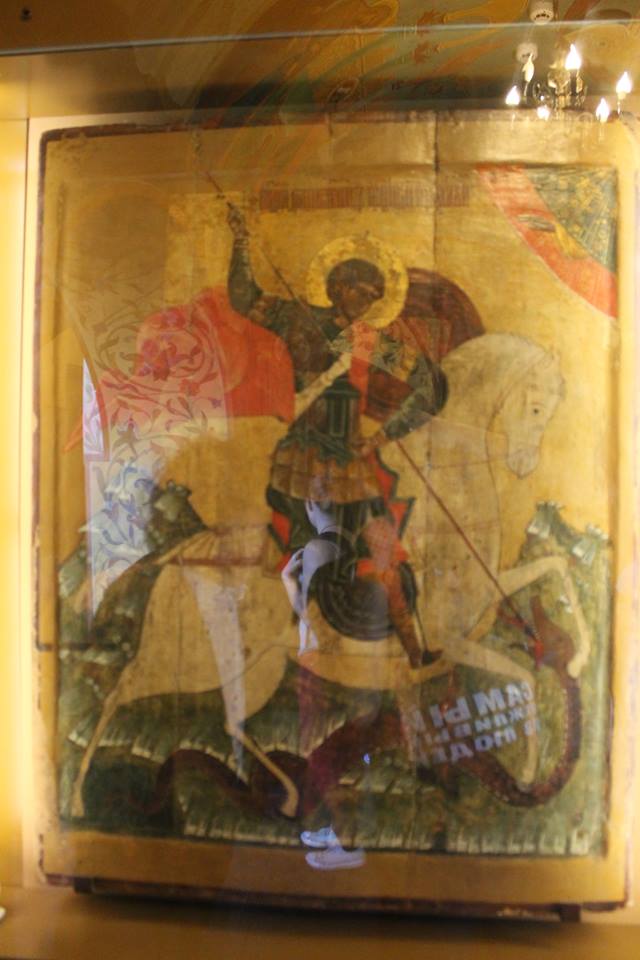 Dragon slayers are popular in Russian Orthodox mythology too - Archangel St Michael is somehow occupying that space in Russia rather than my namesake St. George. Of course it's a metaphor for the fight against the reptilian bloodline, our wannabe overloards. 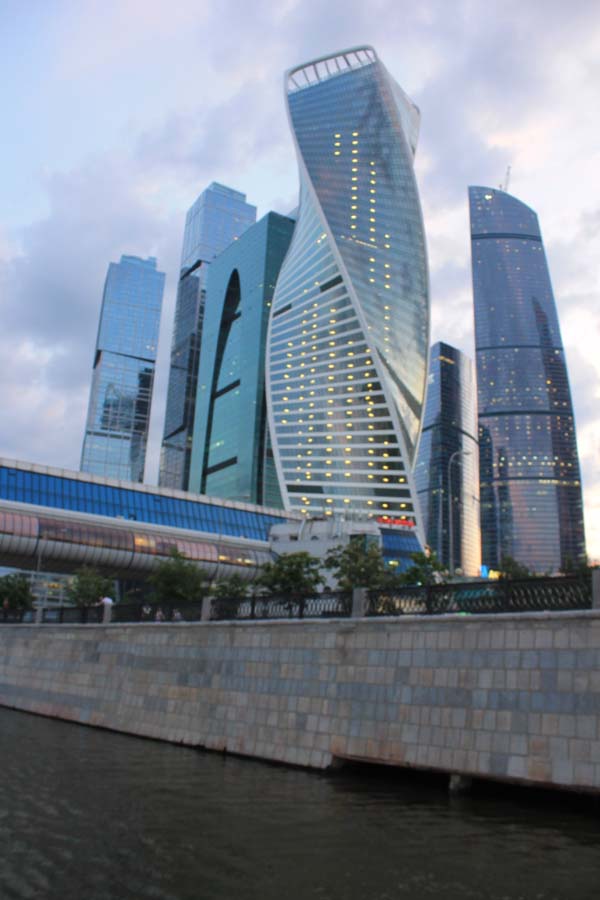 They call it Dubai on the Moskwa. We made sure to leave some orgonite gifts in the water and around the buildings

Our first landing was in Uglich. A local tradition dates the town's origins to 937. It was first documented in 1148 as Ugliche Pole(Corner Field). The town's name is thought to allude to the nearby turn in the Volga River.

Uglich had been the seat of a small princedom from 1218 until 1328 when the local princes sold their rights to the great prince of Moscow. It appeared much less "posh" than Moscow, being a provicial backwater but we found signs or renewal everywhere. You would see a lot more Lada's than Audi Q7s and Mercedes G but scaffoldings everywhere, especially on the historic churches and monasteries. The super market was very well stocked with delicious food as we found everywhere in Russia. The pharmacy (I had to buy some aspirins) was super modern with a very friendly young lady in attendance.

Church in the Kremlin of Uglich. Our knowledgeable friend Irina alerted us to the energetic significance of those onion shaped towers. It's a combination of sphere and pyramid!

The egg is built on sacred geometry

Night on the water - more orgonite plops in...

Friederike and Kika in heaven...
We got some Chaga mushroom here at a very good price and some herbal tea.